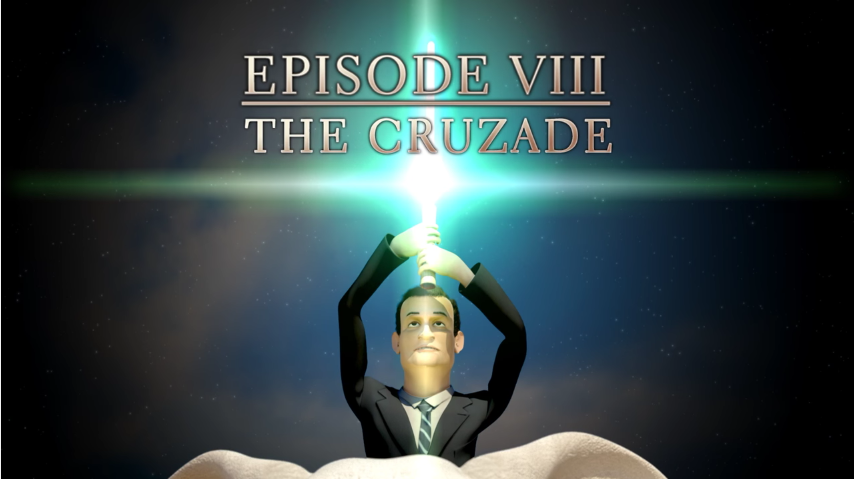 One of three things has happened:

2. Ted Cruz has jumped the shark.

3. We’ve imperceptibly jumped into a parallel dimension where Ted Cruz starred in Star Wars all along.

Those are the conclusions I draw from watching The Constitution Strikes Back, a newly released animated Star Wars parody featuring Texas’ junior senator.

Filmmaker Joel Gilbert of Highway 61 Entertainment made the video. Gilbert has produced legitimate work on Bob Dylan, as well as titles such as Elvis Found Alive and Dreams from My Real Father: A Story of Reds and Deception, about how President Barack Obama’s father was actually a communist propagandist.

While The Constitution Strikes Back supports Cruz candidacy, the campaign itself apparently had nothing to do with its production. Watch the video below:


For those of you keeping score, this video includes the following things:

-An animated Ted Cruz riding on a white elephant outside Houston

-Cruz turning the Constitution into a lightsaber

This is what democracy at its finest looks like. May the Constitution be with you indeed.