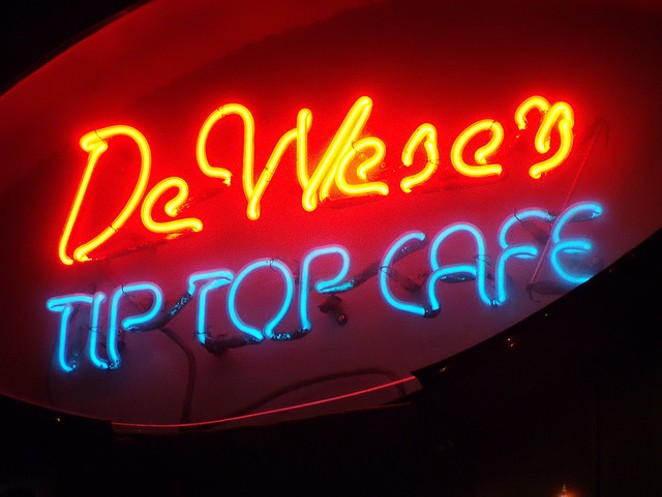 You may not be welcome with a handgun on your hip in businesses such as H-E-B or Whataburger, but local diner Tip Top Cafe is a-ok with open carry.

Jim Scott, a managing partner of the restaurant known for its chicken fried steak, said today that both Tip Top locations (2814 Fredericksburg Road and 13835 Nacogdoches Road) will allow customers to openly carry firearms.

"That's what the law allows,” Scott said. "We will not infringe on the second amendment rights of our customers."

Scott added in the news release that "an armed society is a civil society."

Since open carry became legal in Texas on January 1, some businesses have opted out of the practice. To do so, the law states that a business must clearly post that it is illegal to openly carry firearms on the premises. Businesses don’t have to take any specific action to opt-in to open carry.