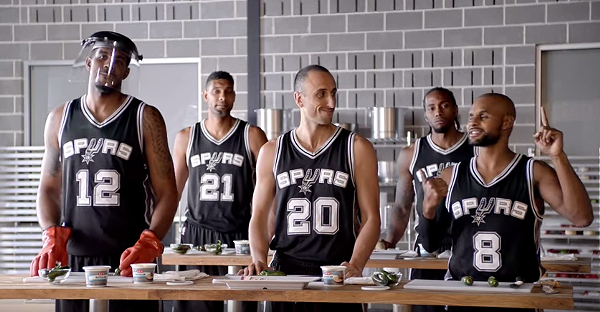 Here's a nifty stat to know and tell:

The San Antonio Spurs — a team you've likely heard of — are crushing teams. They have the highest point differential in the league at 14.2, and as of Monday night's 106-79 thrashing of the rudderless Brooklyn Nets, have tied a franchise record for wins in a season by at least 25 points, according to ESPN Stats & Info.

That's right — the Spurs tied the franchise record for 25-plus point wins, even though they've only played 39 games this season.

The record for 25-plus point victories in a season is shared by the 1970-1971 and the 1971-1972 Milwaukee Bucks (thanks for finding that for me, NBA Reddit). That '70-'71 Bucks squad also holds the record for single-season point differential. They beat teams by 12.26 points per game on average — a mark that the Spurs are on pace to best.

The long and short of all this: Do your best to savor this Spurs season, people. So far, even by Spurs standards, it's been one for the books.