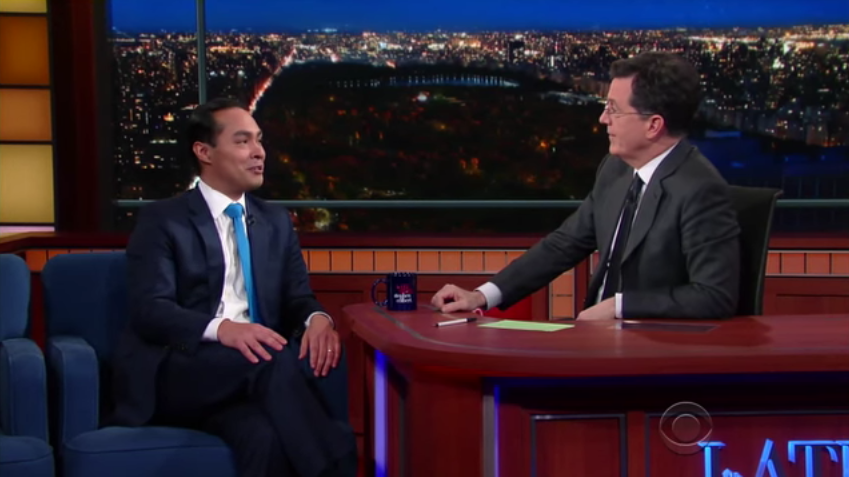 The six-minute, light interview was snappy and hit on topics including:

-The work his department is doing with veteran homelessness

-His shaky Spanish proficiency, which Colbert tried to improve with flash cards

-Whether he and twin Rep. Julian Castro ever switch jobs for a day (he says they don't)

Colbert needled Castro a little bit after he touted some of HUD's work in the wake of the Great Recession, asking whether he was currently running for office. When Castro said he wasn’t, Colbert replied “You sound a little bit like you’re running for something.”

“It’s hard to get it out of your system,” Castro said.