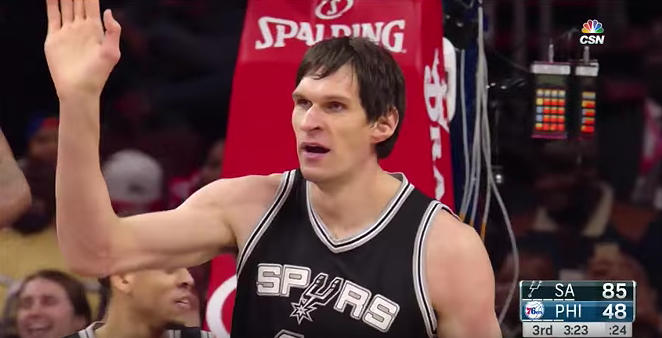 Later this week, Spurs rookie sensation Boban Marjanovic will take a break from posterizing people and posting absurd per-minute stats for a meet-and-greet with the adoring public.

Fans of the big Serbian can start lining up at 3 p.m. on Friday (the press release specifies that you may not camp out before that time), and there's an incentive to get there early since the first 200 fans are guaranteed an autograph. Marjanovic will sign one autograph per fan.

For me, while an autograph would be great, I'd be more interested in seeing Marjanovic chow down on some garlic parmesan wings with his giant hands. That, or discuss his opinions on Red Bull and its relationship to fan support.

Marjanovic and the Spurs play the Cleveland Cavaliers at home on Thursday, January 14 in a nationally televised game.