No Longer "Arresting the Problem Away," Chief McManus Describes SAPD's New Approach for the Homeless 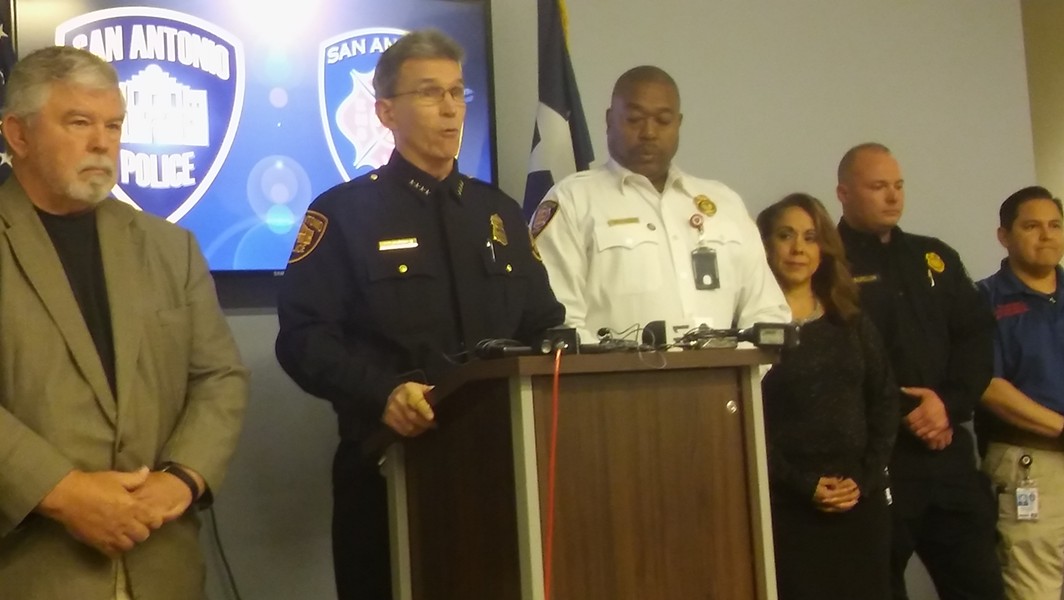 Shortly after rejoining the San Antonio Police Department in October, Chief William McManus stressed that one of his first priorities would be to change the way his department — and in turn, the City of San Antonio — interacts with the city's homeless population. On Thursday, his vision came into sharper focus.

McManus, along with San Antonio Fire Department Chief Charles Hood, gave more details about the IMPACT teams now on San Antonio streets at a press conference on Thursday. The teams represent the city's new approach with the homeless, with McManus emphasizing a departure from "arresting the problem away."

The teams are mobile and canvass certain areas for the city rather than wait on calls. They approach people on the street and offer them medical treatment or navigation through other city services.

“We try to get them to go with us to provide the services that they need. Some go, some don’t. But the idea is if we can get one person to go, then we’ve been successful that day,” McManus said.

The teams have been on the street for a week. Each one is comprised of four or five members, including members of SAPD’s mental health unit, EMS workers, psychological outreach workers from the Center for Healthcare Services and caseworkers from Haven for Hope. McManus hopes to eventually put several teams on the street everyday, but there aren’t sufficient resources for that yet.

The approach is also meant to cut down on the amount of unnecessary calls the fire department and EMS must respond to, many of which are generated by homeless people who aren’t in immediate need of medical attention, Hood said.

McManus also said that while the teams’ main function is to help people on the street, particularly those who struggle with mental illness or drug addiction, police wouldn’t hesitate to arrest people breaking the law. But ultimately, the teams are meant to be a more effective and efficient method of assisting the homeless.

“This is about the Golden Rule, it’s about treating these people who are very ill and dysfunctional with dignity and respect and trying to get them help,” said Leon Evans, CEO of the Center for Health Care Services. “It’s not about hassling people, it’s about trying to help them and getting them to the right place.”