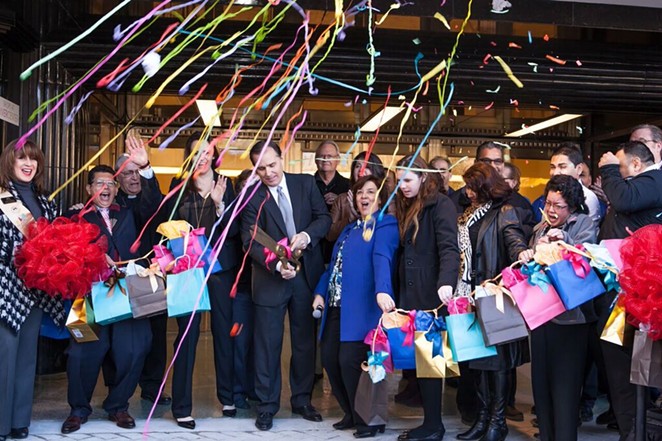 The long-awaited reopening of the historic Joske's Building at Rivercenter Mall in Downtown will finally be open to the public as the Shops at Rivercenter on Monday.

Dave & Buster's, Starbuck's, Which Wich and It'sugar, a candy shop, will open Monday, and February will bring more openings, including H&M and Battle for Texas: The Experience, an interactive Alamo experience.

The building went under a massive renovation over the last three years where the Joske's interior was completely gutted and the historic facade was restored.

“The historical Joske’s building has been an icon in Alamo Plaza for well over a decade, and we were committed to working with San Antonio’s HDRC in keeping the historical architecture intact,” Chris Oviatt, general manager of Shops at Rivercenter, says in a press release. “The new name and rebranding of the mall goes hand in hand with its reinvention — classic, while modern and fresh, and synonymous with the revitalization of the space.” 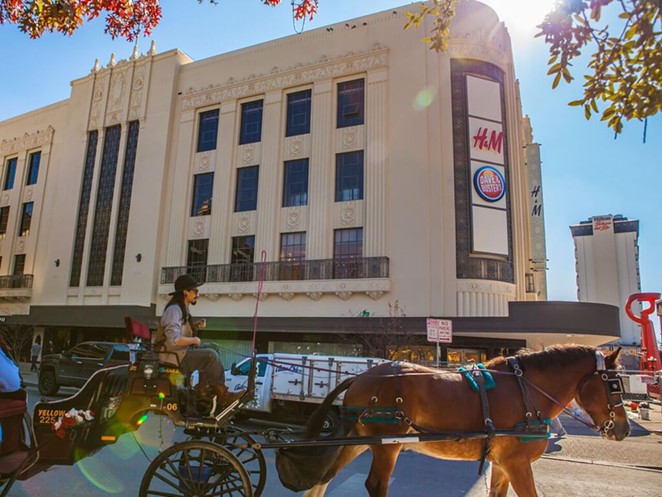