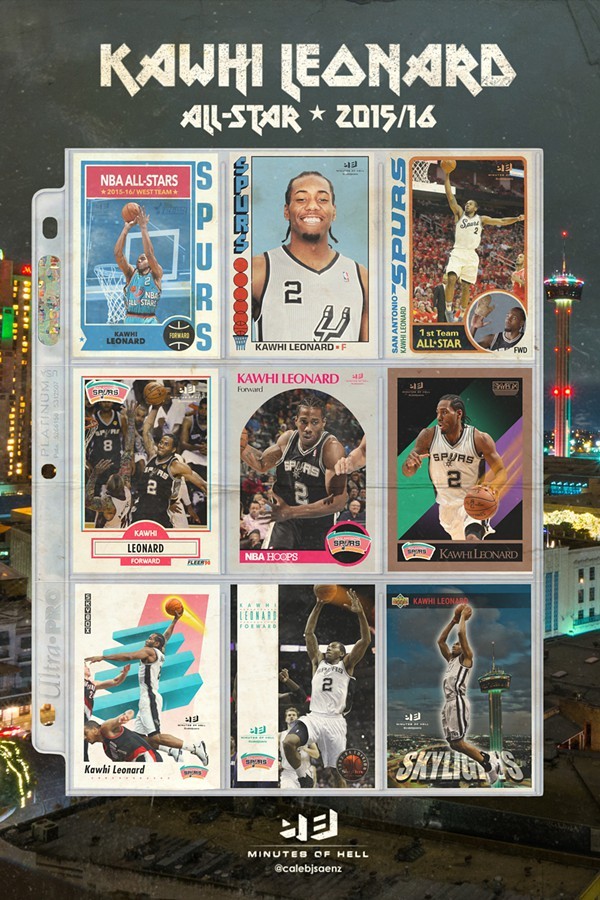 It came down to the wire, but all those #NBAVotes for Kawhi Leonard came through. The Spurs forward will start for the Western Conference in the 2016 NBA All-Star Game.

Leonard trailed Golden State forward Draymond Green for most of the voting period. In the final batch of returns, released on January 14, Leonard trailed Green by more than 12,000 votes. Leonard erased that lead in about five days to start in his first-ever All-Star game.

Leonard is joined in the Western Conference starting lineup by Golden State Warriors guard Stephen Curry, guard Russell Westbrook and forward Kevin Durant of the Oklahoma City Thunder and Los Angeles Lakers forward (according to the NBA, at least) Kobe Bryant. Bryant, playing his 20th and final season, led all vote-getters with 1,891,614 votes.

The seven reserve players for each conference, which are selected by the coaches, will be announced on Thursday, January 28. Both Tim Duncan and LaMarcus Aldridge have a decent shot of making the roster, with Aldridge having a better chance between the two.

The game will be played in Toronto on Sunday, February 14 and broadcast on TNT.