Mapped: Does San Antonio Have More Gun Dealers or Starbucks? 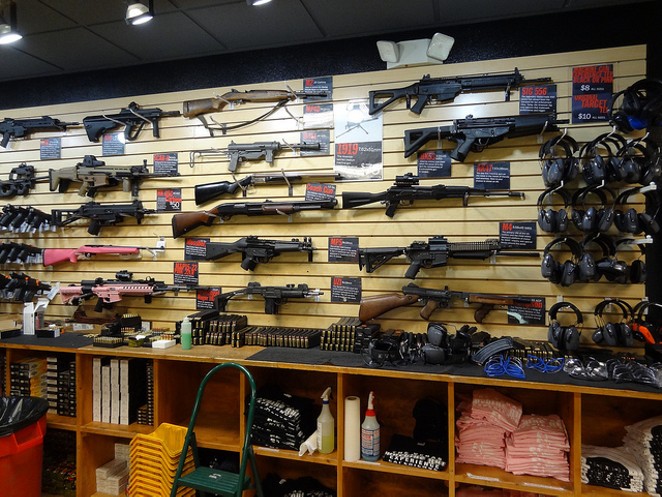 There are 64,747 places to buy guns in the United States, according to the Bureau of Alcohol, Tobacco, Firearms and Explosives. And that doesn’t include gun manufacturers, collectors or importers — those are only retail stores which sell firearms directly to consumers.

To contextualize that number, the folks at 1 Point 21 Interactive, a data visualization company, came up with a nifty idea: They mapped all of the country’s gun sellers and all of its Starbucks together.

Starbucks are ubiquitous. There are infamous images all over the Internet of multiple Starbucks on the same block. In San Antonio alone, there are over 70 Starbucks locations.

But there are far, far more gun sellers. Over three times as many, to be precise. There are 241 places in San Antonio where you can purchase a firearm. They’re mapped on the image below:

Other places that gun sellers outnumber? McDonald's, total coffee shops and public schools, according to CityLab.

See the national map of gun sellers and Starbucks below: 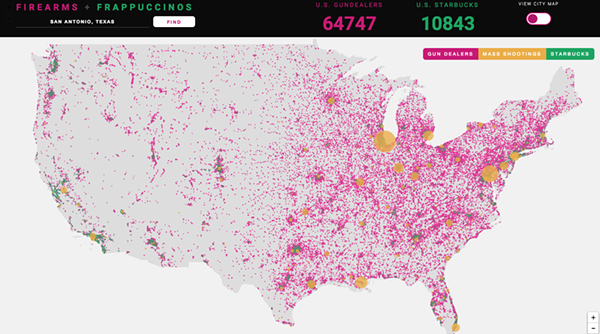