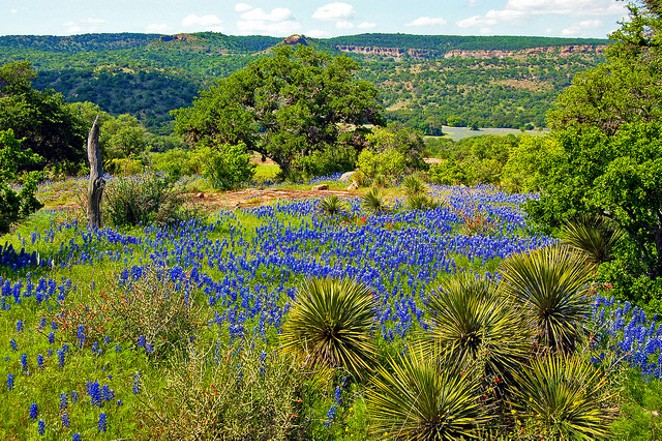 San Antonians often look west to the Texas Hill Country for a respite from the crunch of the big city. But a new report from the Community and Regional Planning Program at the University of Texas at Austin says that everything we love about the region — the water, the vistas, the serenity — could be in danger.

The Texas Hill Country, the 17-county, 17,760-square mile area west of the San Antonio-Austin corridor, is known for its natural beauty, vivid landscapes and bodies of water. But development could sap all of those assets, the report states.

“The Hill Country’s treasures are fragile and very much at risk. Its limited groundwater resources are mined far faster than they can be replaced by rainfall, its ranches and farms are fragmented by land speculation and subdivisions, while cookie-cutter suburbs sprawl out from the fast-growing Austin and San Antonio metropolitan areas to consume vast amounts of open country,” the report said.

What’s worse is that “the region does not yet have the institutions, regulations and dedicated financial resources needed to protect itself from these threats.” Rampant land speculation and few protections for water resources has left the region vulnerable. Development from the I-35 Corridor could seep west into the Hill Country, bringing increased congestion, pavement, population, and a spike in the cost of living. Soon, the report warns, “the region’s natural, scenic, and water resources could, within a matter of years, be permanently lost to future generations.”

The dense, 90-plus page report lays out a series of solutions to avoid this outcome. But the one they linger on the most is establishing a Hill Country Endowment, which would leverage a portion of the region’s increasing economic growth and value to pay for infrastructure investments and conservation measures.

Revenue for the endowment would come from sources such as property taxes, utility user fees and sales taxes. The endowment could also unite different players within the Hill Country to serve as a central planning body for the region.