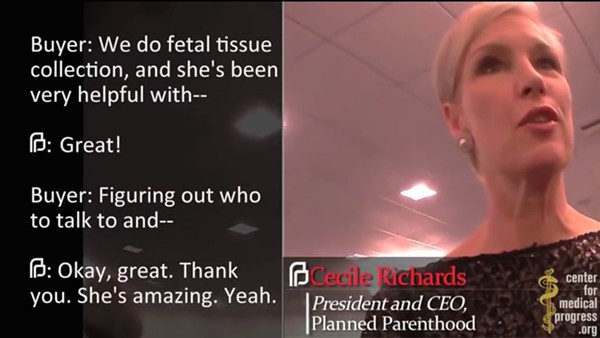 By now, you've probably heard how a plan by two anti-abortion activists to incriminate Planned Parenthood has backfired, with the pair being indicted by a Harris County grand jury for tampering with government records and the reproductive health organization being cleared of any wrongdoing.

Those videos spawned Congressional hearings and prompted Texas leaders to cut Medicaid funding to the organization. The fallout from the videos also caused the state to cut funding to Planned Parenthood Gulf Coast for HIV prevention, which has nothing to do with abortion.

After news of the indictments, Equality Texas sent out a press release calling on the Texas Department of State Health Services to reinstate the prevention funding for the Houston program that conducts HIV testing, condom distribution, risk prevention programs and vital care counseling, calling it a vital service to the community.

However, that's probably not going to happen, unfortunately, as everyone from Governor Greg Abbott to Lt. Governor Dan Patrick have promised to continue investigating Planned Parenthood for wrongdoing, even though a grand jury has already cleared the organization.