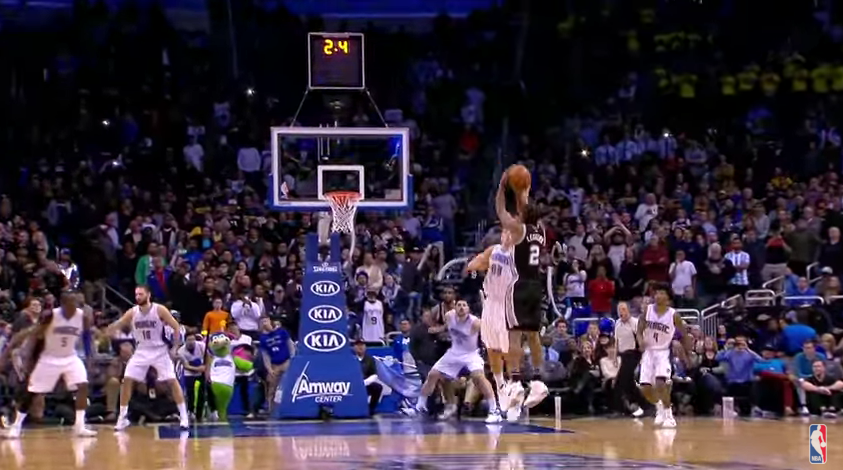 The Spurs needed all of the 98 points they scored in a Wednesday night win over the Orlando Magic. And the two that meant the most came just before the buzzer on a Kawhi Leonard jump shot.

The Spurs trailed the Magic by 14 points during the fourth quarter, but mounted a furious comeback. In a tie game with 13 seconds to go, Leonard — who will play in his first All-Star Game on Sunday — knocked in the go-ahead basket over forward Aaron Gordon:


The game-winner almost wasn't one, though. The Magic's last-ditch effort nearly worked, as guard Elfrid Payton leaked out behind the Spurs' defense on an inbound pass for what would have been a game-tying layup:

This was the Spurs' final game before the All-Star break. Their next game will be on Thursday, February 18 against the Los Angeles Clippers.