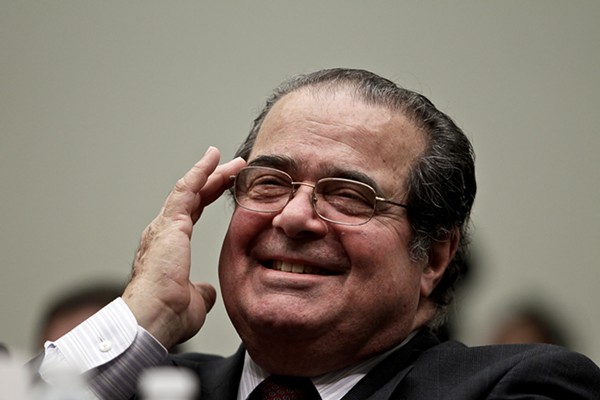 Supreme Court Justice Antonin Scalia’s death in West Texas on Saturday, first reported by the local daily, will reverberate across the political landscape.

The dynamics of major decisions on the court’s docket, some of which involve Texas, have shifted. Without Scalia, perhaps the court's most conservative voice, the left wing of the court will hold the upper hand — at least until Scalia's replacement is appointed.

Until that happens (and no one really knows when that will be), the court will proceed with eight justices. If cases end in a 4-4 tie, then the lower court's ruling stands.

Here are some of the cases whose rulings will have a direct impact on Texas. Many of the facts concerning these cases were gathered from SCOTUSblog:

Here the Supreme Court will hear arguments about President Barack Obama's executive actions on immigration, including the Deferred Action for Parents of Americans and Deferred Action for Childhood Arrivals programs. Together, they shield millions of immigrants from deportation. Texas leads a coalition of over two dozen other states in the lawsuit claiming that these actions are illegal. The Supreme Court will hear arguments in April.

The Fisher case has been active since 2008, when Abigail Fisher sued the University of Texas after she was denied entry to the university. She claimed that the school's use of affirmative action illegally precluded her from admission.

The Supreme Court will decide whether race should be a factor in college admissions. This is the second time the court has considered the case. The first time, it sent it back to a lower court — a decision it could replicate.

This case considers whether the anti-abortion law passed by the Texas Legislature in 2013 restricts women’s access to abortion. The Court will consider whether mandating that abortions take place in surgical centers with extremely specific conditions — which few facilities meet in Texas — is an undue burden.

The Supreme Court will hear oral arguments on the case on March 2, and it’s unlikely that a new justice will have been appointed and confirmed by that time.

Evenwel v. Abbott takes up the issue of Texas' redistricting, and whether voting districts should reflect voter population or total population. The case could clarify the one-person-one-vote principle in the Equal Protection Clause. The Supreme Court heard arguments for the case in December, but has not yet issued a ruling.