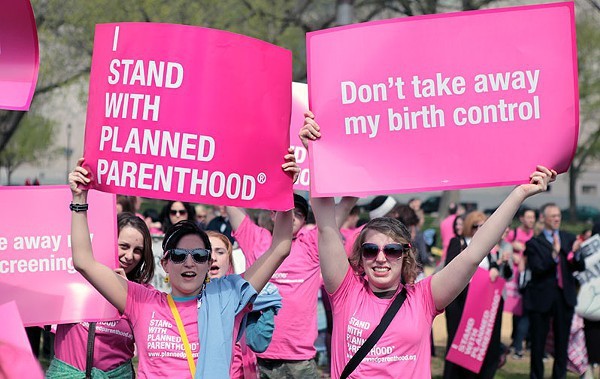 A Texas Health and Human Services Commission official is resigning after Republican pressure because he co-authored a study published in the The New England Journal of Medicine that showed Medicaid-paid births have increased by 27 percent since the Lone Star State cut Planned Parenthood from public funding in 2013 used to provide contraception.

The Texas Tribune reports that Rick Allgeyer, director of research, retired Thursday after violating a policy of non-sanctioned side work.

Republican Texas Senator Jane Nelson immediately criticized the study in early February, alleging it was biased because the University of Texas at Austin Texas Policy Evaluation Project study was partly funded by the Susan T. Buffet Foundation, a supporter of Planned Parenthood.

The study ignores two major women's health programs that provide family planning and other preventive health services to Texas women. It does not consider data from the Department of State Health Services’ Family Planning Program, which served 55,869 in 2014. It overlooks data from the Expanded Primary Health Care (EPHC) Program, which served 147,083 women in 2014. The EPHC omission is particularly egregious because this was the conduit for an infusion of $100 million in new funding for women's health approved by the Legislature in 2013.


The study also found that claims for IUDs and implants declined 35 percent and claims for injectable contraceptives declined 31 percent.

“The U.S. continues to have higher rates of unintended pregnancies than most rich nations, and we know that U.S. and Texas women face barriers as they try to access preventative services,” Amanda Jean Stevenson, the study's lead author, said earlier this year. “It’s a public health issue that Texas women struggle to achieve their reproductive goals.”