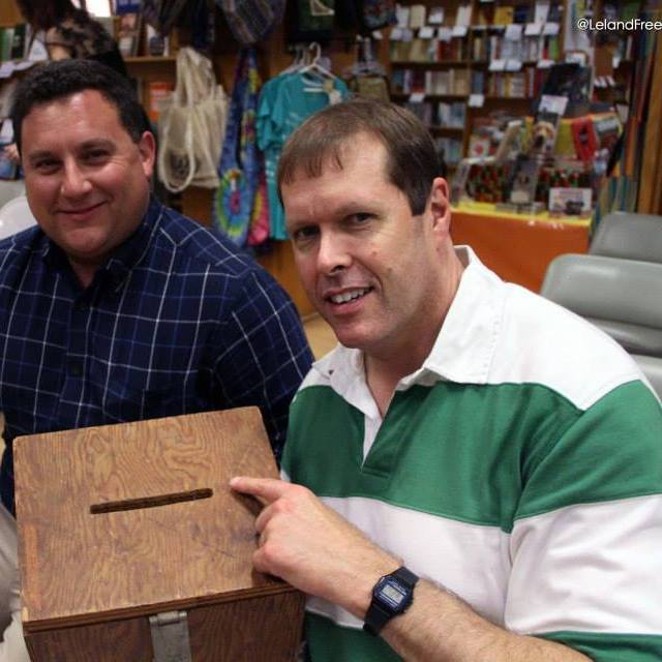 Our neighbors to the north have made a serious mistake.

Morrow won 54 percent of the vote and got the gig. The problem, for Austin-area GOPers, at least, is that Morrow is a nut case.

He's a conspiracy theory enthusiast who believes that Lyndon B. Johnson killed John F. Kennedy. His Twitter feed is littered with misogynistic comments about Hillary Clinton. He called former Governor Rick Perry a "rampaging bisexual adulterer." Most of his past Facebook profile pictures are of busty, scantily clad women who bare no resemblance to him. And he thinks that Sen. Marco Rubio is a homosexual who frequents foam parties.

All this, and more, is public knowledge because of Morrow's Twitter feed and Facebook page. Austin-area GOP officials are already planning to overthrow him, or, barring that, create a splinter group.

Until that happens, even a shallow dive into Morrow's social media presence yields a treasure trove of absurdity. Check out a dozen of his most ludicrous tweets below:

Who do you think has a bigger penis: Donald Trump or Hillary Clinton https://t.co/gQmLiEl8p9

Under Donald Trump, only MSM journalists will be carted off to jail. Alex Jones and little bloggers ok.

Rubio needs to be in gay underwear advertisements. https://t.co/Q03q2oQlQy

Heartless Hillary told druggie Bill Clinton to abandon a son he had with a black street hooker https://t.co/gQmLiEl8p9 #WhichHillary #tcot

If Hillary Clinton is elected the next president of the USA, I will put my tongue up Barbara Bush's ass on national TV.

I have been having incredible urges to lick peanut butter off of Hillary Clinton. Does anyone know a doc who specializes in this disorder?

Lots of homosexual adultery among the gay men of the Bush family https://t.co/JTkIB7FbXx

The RNC is a gay foam party https://t.co/xEhcnObTa0

Better to be on the safe side and bookmark all of Morrow's social media feeds for the foreseeable future. There's gold in them there hills.