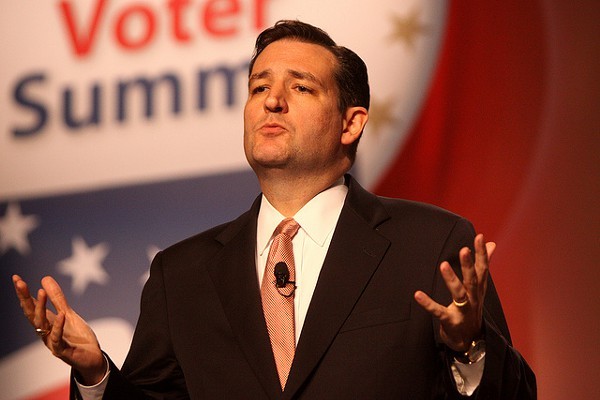 With all the votes (finally) tallied in the 2016 Texas primaries, it's time to analyze what they meant and look ahead to what's coming next this election season. Here are four takeaways for San Antonio from Super Tuesday:

The race of the largest Congressional Districts in the country — and the only truly competitive congressional election in Texas — will be a rematch. As expected, Republican Will Hurd, the incumbent and former CIA operative, and Democrat Pete Gallego, both won their primaries. Just like the 2014 election, when Hurd bested the then-incumbent Gallego in a tight race, the push toward November promises to be hotly contested and expensive, with plenty of outside money being thrown around by both parties.

Rubio took third overall in Texas' Republican primary, garnering just 17.7 percent of the statewide vote. But he fared a little better in Bexar County, where he received 23.1 percent of the vote. That still took third place behind Ted Cruz and Donald Trump, but he only trailed the business mogul by a percentage point.

The Bexar County Delegation in the Texas House of Representatives will look quite a bit different in 2017.

Long-time East Side Rep. Ruth Jones McClendon resigned from her 120th District seat earlier this year. She'll be replaced by either Barbara Gervin-Hawkins, CEO of the George Gervin Youth Center, or community activist and former City Councilman Mario Salas, the top two vote-getters in yesterday's Democratic primary. Gervin-Hawkins and Salas will face off in a runoff to decide the race, since no Republican has entered the contest.

Now that former Secretary of State Hillary Clinton has expanded her lead over Sen. Bernie Sanders, the murmurs about Housing and Urban Development Secretary Julian Castro serving as her running mate will grow louder. Rumors of the former San Antonio mayor as Clinton's potential running mate have existed since before he was even appointed to lead HUD. And they won't go away until she picks someone else.

You Care! You Really, Really Care!

Voter turnout was back up this year after a dismal showing in the 2012 primaries, the most recent year with a presidential race. After only 12.3 percent of Bexar County voters made it to the polls in 2012, turnout more than doubled to 25.8 percent, with almost 140,000 more people voting yesterday than in 2012. Reports of hours-long waits at the polls surfaced, but it still didn't match 2008 turnout, when 31.4 percent of county voters — almost 280,000 people — voted in the primaries.