Did Ted Cruz Eat a Booger On Live TV? 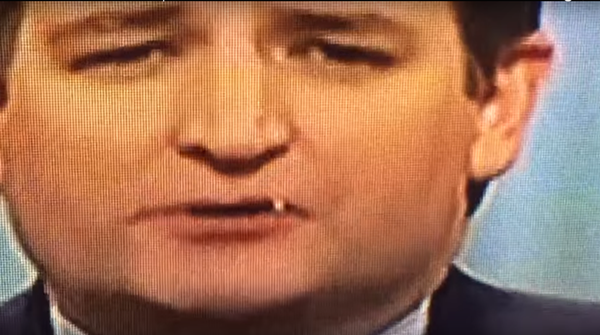 All that is certain, is something fell out of Ted Cruz's nose during FOX's Republican debate Thursday, landed on his lip, and disappeared into his big mouth.

But it might be a booger. On the video, the gooey nose vomit seems to be dancing as Cruz flaps his lips, moving from one to the other, before the Senator from Texas ingests it.

And now, because this is America, "Ted Cruz booger" is a trending search on Google.