Check Out the 2016 Spurs, Stars and Rampage Fiesta Medals 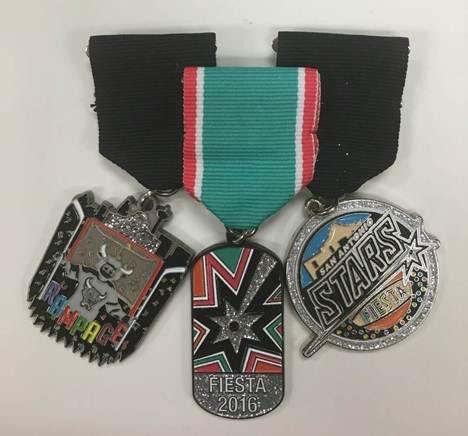 The Fiesta Store at 2611 Broadway will sell official Spurs Sports & Entertainment Fiesta medals on Tuesday, March 15, with all proceeds benefiting the Silver & Black Give Back youth programs like the Spurs Youth Basketball League, Future Stars League, Jr. Rampage and the Team Up Challenge.

Fans can celebrate the release on Tuesday, March 15, starting at 9 a.m. at The Fiesta Store where the Coyote, T-Bone and Official Fiesta Royalty will be present for a meet-and-greet.

Each medal costs $10, but a Silver & Black Three Pack goes for $25. Limit three per customer, though.