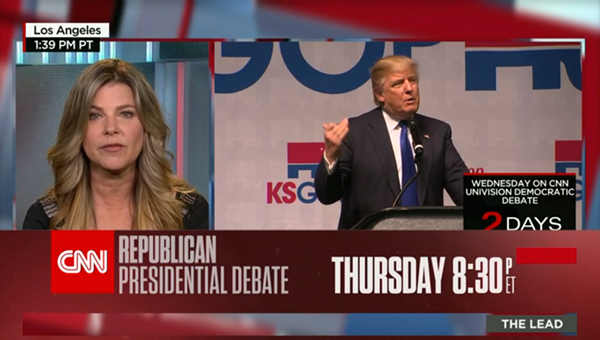 Anyway, Lindsay, a Houston native who lives in Los Angeles, tells CNN she's thought about it and has decided to endorse Donald Trump.

She tells CNN that she and Trump are kindred spirits and that she likes his policies, along with empathizing with him because she thinks people are lying about him. Lindsay says Cruz's decision to pull the ad influenced her endorsement of Trump. She's also not happy with the direction of his campaign.

The ad pulled by Cruz was called "Conservatives Anonymous," which was a play on Alcoholics Anonymous-type meetings where people sat in a circle and confessed regret for voting for politicians who acted more like moderates in Washington D.C. than embracing Cruz's brand of right-wing politicking.