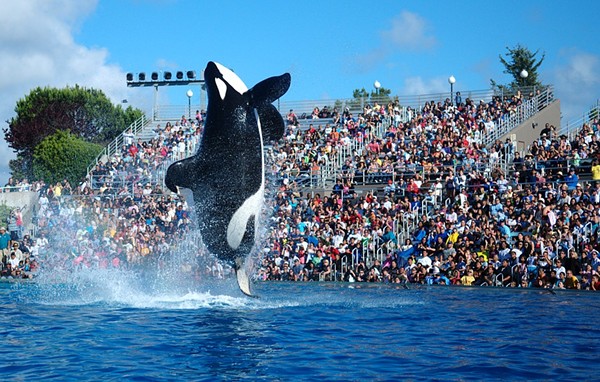 If you've been not in a cave for the past few years, you've heard about the documentary Blackfish, which slammed SeaWorld and triggered horrible publicity, fewer visitors and, of course, declining revenues.

Locally, at SeaWorld San Antonio, there's been a shakeup in top leadership. And over the last year, multiple cetaceans have died from bacterial infections at the park.

All the while, SeaWorld has been steadfast in defending the work it does. So that's why it was kind of a surprise that the company announced that it is ending all orca breeding as of today.

SeaWorld CEO Joel Manby says in a statement that more than 400 million guests were introduced to orcas at the parks, creating a sense of pride for SeaWorld.

“We’ve helped make orcas among the most beloved marine mammals on the planet. As society’s understanding of orcas continues to change, SeaWorld is changing with it," Manby says. "By making this the last generation of orcas in our care and reimagining how guests will experience these beautiful animals, we are fulfilling our mission of providing visitors to our parks with experiences that matter.”

The company's current population of orcas, however, including one that became pregnant last year, will die in the parks, not the wild. SeaWorld promises to make sure the orcas "receive the highest-quality care based on the latest advances in marine veterinary medicine, science and zoological best practices."

SeaWorld says since the orcas have never lived in the wild, the entertainment company hasn't captured one in 40 years, they would not survive the oceans.

The company also says it will do away with theatrical shows with programs that emphasize exercise and overall health.

No longer a theatrical show, these programs will focus on orca enrichment, exercise and overall health. Our existing show pools and viewing areas will be redesigned into a more naturalistic setting and we will continue to present the whales at scheduled times before a guest audience.