Do You Have Information About the Jerks Who Tagged Enchanted Rock? 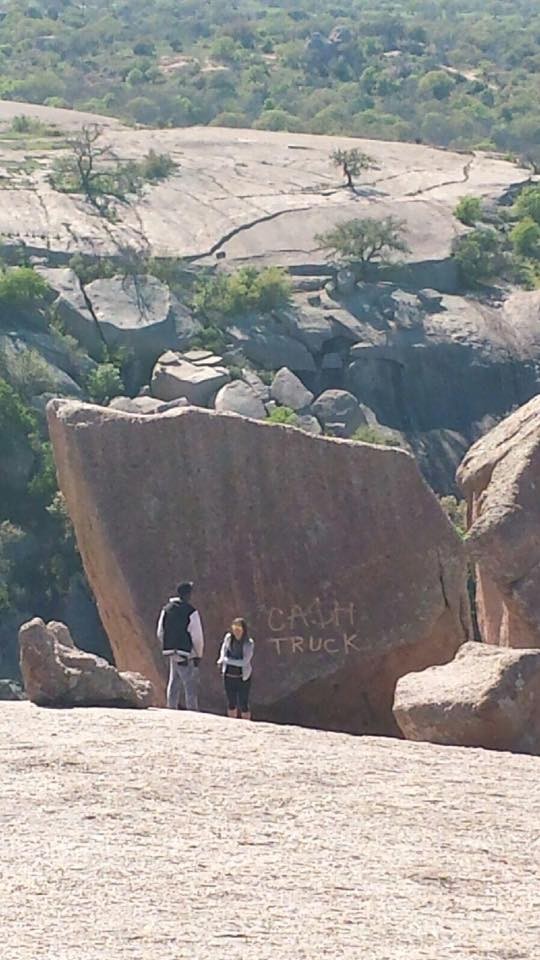 If you're going to deface one of the most breath-taking natural wonders in Texas, shouldn't you come up with something better than "Ca$h" and "Truck"?

You'd think so. But evidently that's the best effort of the two people who this weekend spray painted the side of a boulder on Enchanted Rock, Central Texas' monstrous, ancient granite protrusion.

The Texas Department of Parks and Wildlife posted on the Enchanted Rock Facebook page that the graffiti likely occurred between 3 and 5 p.m. on Sunday, March 20. The post also says the taggers are likely from San Marcos, though little other information is given about them.

Texas Parks and Wildlife Department and the staff at Enchanted Rock State Natural Area need your help. On Sunday...

Maybe they're a crime fighting duo, and writing "Ca$h" and "Truck" is a kind of primitive bat signal for them. Or maybe "Ca$h" and "Truck" are code, a warning even, that's critical to the rock's long-term well being. Maybe these are actually ancient hieroglyphics, somehow overlooked by thousands of tourists and park staffers.

Maybe. Or maybe these are just a couple of assholes who felt like scribbling on a boulder where lots of people would see it. That's a time-honored tradition, after all.

If you have any information about the graffiti, call (830) 685-3636 or email the park's superintendent, Doug Cochran, at Doug.Cochran@tpwd.texas.gov.