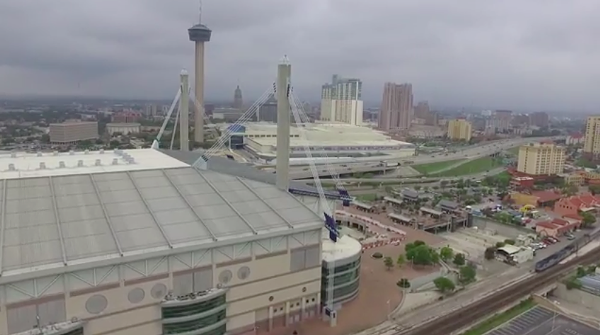 Stuck at ground level, San Antonians sometimes forget that they live in a beautiful place. But David Zamarripa has a cure for that.

Zamarripa's recently filmed several videos with a drone, giving a rarely seen perspective on what San Antonio look like from above. Check out four of his videos below:


Zamarripa is a music teacher at Fox Tech High School, and flies the drone as a hobby. He shoots the videos with a DJI Phantom drone, which can only stay in the air for about 15 to 20 minutes before he's got to recharge the battery. He gave the Current permission to post his videos, has Federal Aviation Administration clearance for his drone. Although he only shoots a few minutes of video, editing each one takes a few days.

"You just have so much beautiful video, you have to ask what captures the essence of the place [you're filming]," Zamarripa said.

Zamarripa said more videos are forthcoming, so be sure to check out more of his work on his YouTube channel.