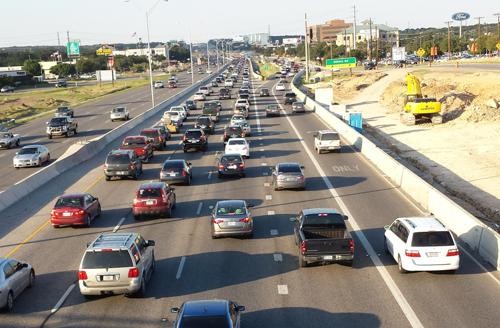 Ozone season has barely started, but San Antonio's already in violation of the federal Environmental Protection Agency's threshold for the air pollutant.

The Alamo Area Council of Governments (AACOG) announced the finding Monday after checking several air monitors in the San Antonio region over a three-year period to calculate an average.

The ozone season runs from April 1 to October 31.

AACOG says in its press announced that the Texas Commission on Environmental Quality (TCEQ) has not yet confirmed the reading. The agency disputed the EPA's reasoning that lowering the threshold would benefit public health.

Nonetheless, the EPA will designate cities in violation with "non-attainment" status in 2017. There are six categories of non-attainment, which range from marginal to severe. The potential penalties, however, are not clear. But the AACOG says the Alamo City's non-attainment is inevitable.

“Each of these categories has progressively stringent planning and control strategy requirements associated with them,” Brenda Williams, AACOG’s natural resources director, says in a press release. “If the area is able to keep its violation at the marginal level, for example, it will not be faced with an inspection maintenance requirement involving vehicle emissions testing.”

AACOG recommends carpooling to work and walking or biking short distances instead of driving to help improve air quality.

“By adopting measures to improve air quality now, we’ll be helping to keep our region at the lowest nonattainment classification — for the sake of our health, community and economy,” Williams said.

Ozone can cause respiratory irritation and pain, and even trigger or cause asthma and reduce lung capacity and function, the AACOG press release states.