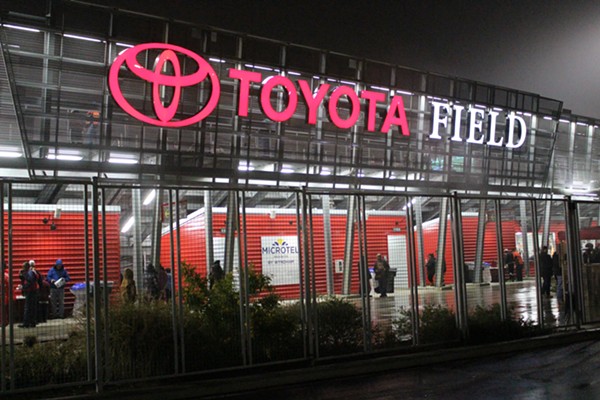 Garber, on a call with Associated Press sports editors, said that the most likely candidates for MLS expansion were St. Louis and Sacramento, followed (in order) by Detroit, San Diego, San Antonio, Austin and Cincinnati, according to multiple reports.

That would put the Countdown City fifth in line for the next round of expansion, which Garber has said will likely only include four teams.

The league currently sits at 20 teams, but new clubs in Minnesota, Atlanta, Los Angeles and Miami are forthcoming. Garber confirmed last week that MLS would eventually grow to 28 clubs, and San Antonio has long angled for one.

When the City of San Antonio and Bexar County purchased Toyota Stadium in December in partnership with Spurs Sports and Entertainment for $21 million (with the public entities covering the lion's share of the cost), they tasked SS&E with luring a major league franchise. If it fails to do so within six years, the Spurs group must pay the city and county $3 million each.

But it's still a bit too early to fret and panic over being left out entirely from MLS. San Antonio's enthusiastic fan base, soccer-specific stadium and proven management group all work in the city's favor. And with no specific timeline for future expansion decisions, there will be ample opportunity for San Antonio to potentially jump other cities on the list.