Will Texas Be One of the Next States To Lobby for a Discriminatory "Bathroom Bill"? 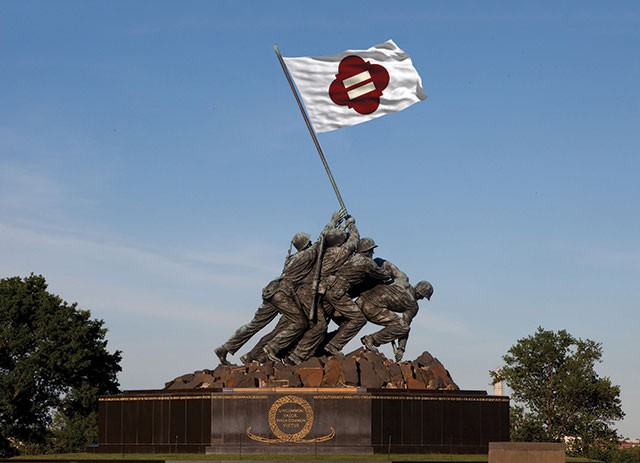 When Donald Trump is the voice of reason in the Republican party, it's time to take a giant step backward for self reflection.

His response was surprising. Trump doesn't care what bathroom transgender people use. North Carolina's law sought to keep men out of women's bathrooms (We'll go into why this is misleading discriminatory logic in a moment). If it weren't for all the other stupid stuff Trump's said, we'd give him more credit.

Sen. Ted Cruz also weighed in, leading the charge for transphobic Texas Republicans who want to mess with transgender people.

Texas Governor Greg Abbott hasn't weighed in recently, not since shortly before the City of Houston voted down its anti-discrimination ordinance — a victory for Texas' right-wing circles that oppose equal rights for the LGBT community.

HOUSTON: Vote Texas values, not @HillaryClinton values. Vote NO on City of Houston Proposition 1. No men in women's bathrooms.

Unfortunately, Abbott's right. Nothing says Texas quite like discrimination.

Nonetheless, the rhetoric is heating up again in the Lone Star State. On April 19, Target announced that transgender customers and team members can use the bathroom that suits their gender identity.

"Inclusivity is a core belief at Target. It’s something we celebrate. We stand for equality and equity, and strive to make our guests and team members feel accepted, respected and welcomed in our stores and workplaces every day," the company said in a statement.

Naturally, one of the loudest homophobic voices in Texas, Lt. Gov. Dan Patrick, responded in the most expected way possible.

These arguments Patrick, Cruz and Abbott have made are not only misleading, they are dangerous.

Cassandra Thomas, chief compliance officer at the Houston Area's Women Center, or HAWC, an organization that helps victims of domestic and sexual violence, tells Media Matters — a self-described left-leaning media watchdog — that transgender people are not the bogeyman in the closet.

"My bogeyman in the closet is the man who is a rapist who has a position of power, that everyone thinks, because he has power or because he's nice or because he's white or because any of those stupid reasons, that 'I'm safe from him.' That is my biggest fear," she said.

Thomas gave powerful testimony in 2014 to Houston's City Council in support of the city's anti-discrimination ordinance.

"It puts a bogeyman face on a group of people who don't deserve it at all, who are, by no account, through what we know, are dangers," she told Media Matters, explaining that stereotypical images of shady-looking men sneaking into the women's restrooms became the driving force behind the argument to repeal the anti-discrimination ordinance..

"It makes women think that there are only certain places and certain people that I have to be afraid of and that's not true," she said. "We don't know what rapists look like. There's no big R on their forehead. And that misinformation sets women up to be injured."

Nonetheless, Patrick and co will probably try to bring some version of a "bathroom bill" to the Texas Legislature in 2017 — and flawed homophobic logic will likely be the driving force behind it.

The LGBT community and its allies should dig in for a fight in 2017. The homophobic writing is on the bathroom wall, so to speak.