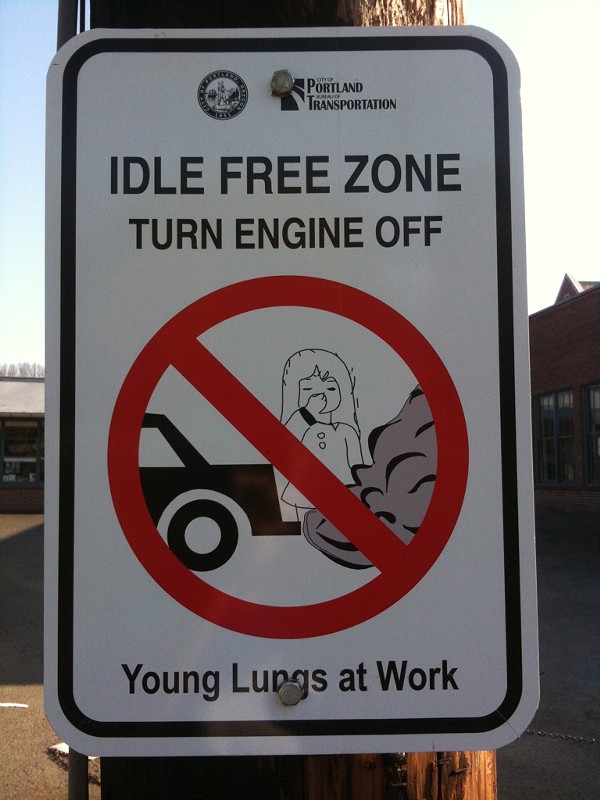 Large trucks are part of life in San Antonio.

You see them traveling north or south, delivering goods. They stop at hotels and truck stops and along little used roads while on their journey. Sometimes, they sit at construction sites waiting for a load. This is all part of daily scenery around San Antonio's highways, especially Interstate 35.

That's great for trade and commerce, but awful for Alamo City air quality. Not only that, the Environmental Protection Agency's lowered thresholds for air pollution bumped San Antonio, which already has been flirting with exceeding standards, into non-compliance.

However, a proposal to prohibit large trucks from idling for more than five minutes in certain areas of San Antonio could potentially soften the impacts of not meeting the EPA's air quality standards.

Heavy duty vehicles would be prohibited from idling within sensitive ares, like public schools that are open, near hospitals or in residential areas. There are exceptions, like for law enforcement and the military, or when air-conditioning or heating is necessary for health or safety, vehicles stuck in traffic jams, buses, airport ground equipment and a smattering of other exceptions.

What do you think about that? Are there too many exceptions? Should idling by heavy vehicles be prohibited in all of San Antonio, not just sensitive areas? Should more types of vehicles be included in the idling ordinance? Or is it it a bad idea altogether?

Whatever your thoughts, City officials say they want to hear them. The public is encouraged to provide feedback by letter, phone, voicemail or email through May 31. Submit your thoughts to the Office of Sustainability by mail at 1400 S. Flores, San Antonio, Texas 78204, by email to liza.meyer@sanantonio.gov or give the City a call at (210) 207-1449.

There are already 44 communities in Texas, including Austin, Dallas, Houston and the City of Leon Valley, with regulations targeting large idling trucks. Bexar County has also approved a similar ordinance. San Antonio City Council is expected to vote on it some time in June.

Read all the details about the proposal here: