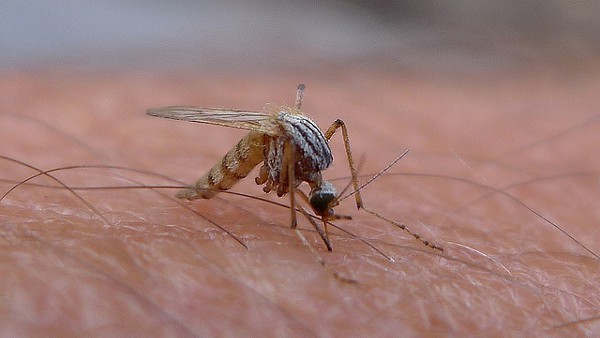 Rising temperatures and continuous rain suit no one in San Antonio, with the exception of an unwelcome resident — the yellow fever mosquito, aedes aegypti, which can carry the Zika virus.

Early summer is the time at which many mosquito species, including aedes aegypti, start to breed. The risk of Zika virus spreading in San Antonio is already high compared to other parts of the country, and current conditions lend themselves to reproduction.

“The warmer and hotter it is, the faster mosquitoes breed, the more mosquitoes will be out there biting people,” said Mike Merchant, an insect expert with the Texas A&M Agrilife Extension Office. “You’ve got the confluence now of rain, water in containers and warmer temperatures.”

Zika virus, an illness that’s run rampant in Central and South America, can cause rashes, fever and joint pain, but only about 20 percent of those who contract it exhibit symptoms. It’s a more serious threat to pregnant women, as it’s been linked to microcephaly, a disease which causes babies to be born with smaller skulls.

So far, there have been seven confirmed Zika cases in Bexar County, all of which are from people who contracted the virus abroad. Eighteen more cases are now being tested by the Centers for Disease Control and Prevention.

Although it's rained plenty in the Alamo City lately, mosquitoes capable of carrying Zika don’t need a lot of water. Aedes aegypti, which constitute about a third of the mosquito population in San Antonio, are notorious for laying eggs in tiny or shallow pools. The eggs take between 12 and 18 days to hatch.

Although no mosquitoes in Bexar County have been found to carry the Zika virus, local and federal officials are proceeding as if it’s an eventuality. That would happen by a local mosquito biting someone who traveled to a Zika-afflicted region and had been bit by a mosquito that carried the virus there.

“The wet spring is definitely a concern as far as the proliferation of mosquitoes. That’s a contributing factor,” said Julie Vera, a spokesperson for the South Texas Blood and Tissue Center. “We are getting the message from the feds: Please be prepared.”

Officials from the center, the largest blood supplier in South Texas, have tracked the Zika issue closely. Summer is already the slowest season for blood donation, but it’s been slowed even further by making anyone who’s traveled to a Zika-afflicted region wait 28 days before giving blood.

Merchant believes that the probability of a U.S. Zika virus outbreak on the scale of what’s happened in Central and South America is unlikely. Here, people spend more time inside, are more likely to use insect repellent and keep windows and doors closed most of the time. But those aren’t reasons to be unprepared, he said.

“If we didn’t treat it seriously and it turned out to worse than we thought that could be a catastrophe,” Merchant said. “That’s how an epidemic would start.”

City of San Antonio Metro Health has developed its plan for endemic Zika virus transmission for months. In addition to education and outreach efforts, the department is regularly spraying insecticides and dropping “dunks” — which kill mosquito eggs — in public bodies of water. The department urges private landowners to periodically or change out or eliminate standing water on their property, such as bird baths, flower pots and on pool covers.

“We want to make sure there’s enough capacity if this becomes endemic. That we have staff going out … decreasing the breeding grounds of mosquitoes,” said Anil Mangla, assistant director of Metro Health.

Mangla said there’s been little guidance from Department of State Health Services on the issue (and no financial assistance), but the federal government will soon provide funds for local governments to combat the virus.

The department would use money to increase its laboratory capacity so that it can test potential Zika virus cases in-house, rather than send every sample to the CDC. Mangla said he didn’t know how much money to expect, but that the amount could hinge on the severity of the problem in San Antonio, and probably wouldn’t arrive until July or August.

By then, if rain and heat persist, there could be significantly more mosquitoes buzzing through the city.

“This is the first opportunity Zika has really had to be tested here in the U.S. — to kick in and cause little outbreaks,” Merchant said. “I guess the clock is ticking right now for us to find that out.”