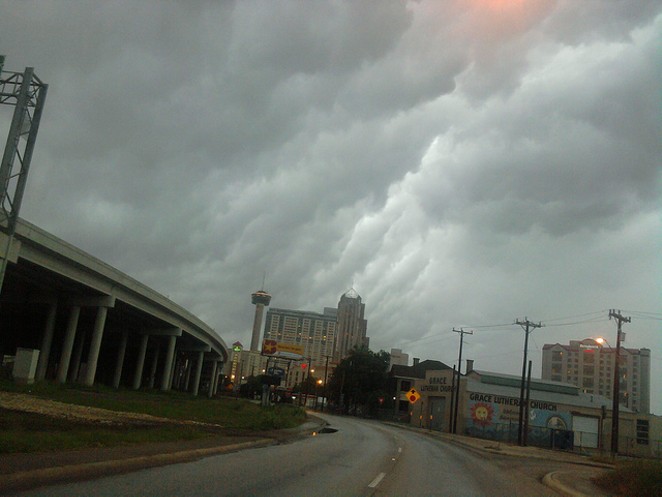 San Antonio typically gets a foot of rain by early June, but rainfall totals are double that this year, according to the National Weather Service.

A wet spring combined with torrential rains over the past few days have contributed to the lofty total, soaking the soil and creating ideal conditions for flash floods.

At Fort Hood, five soldiers died after their vehicle became stuck in a creek and turned over. Four more soldiers who were also in the vehicle are still missing, and three were rescued. Six other people across Texas have died in recent floods. Hundreds more, particularly southeast of San Antonio, have evacuated their homes.

But there's more precipitation yet to come. The NWS predicts that San Antonio could receive up to 3 inches of rain between now and Sunday. A flash flood watch is in effect for the city and surrounding area until Friday evening, and the coming storms could also bring hail.

An additional 1-3 inches of rainfall forecast today through the weekend, Isolated pockets up to 6 inches possible. pic.twitter.com/sjM22pwFS0

Still, San Antonio has a ways to go for this to be the city's rainiest year ever. The record for Alamo City rainfall is 52.28 inches, set in 1973.