Boris Diaw Says the Spurs Want Him to Stick Around 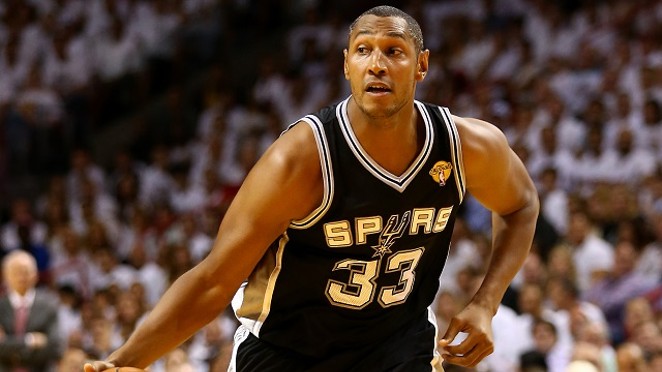 The San Antonio Spurs are a team with aging stars.

Tim Duncan is 40 years old. Manu Ginobili is 38. And both Tony Parker and Boris Diaw are 34.

And after another tough showing in the NBA Finals, Spurs fans are eager to see what next season's roster will look like. Will Duncan retire? Will the Big Three remain in tact? Will the team tweak its roster to bring in another star, like it did to acquire LaMarcus Aldridge?

While we haven't heard anything about next season from the Big Three, Boris Diaw told the French website Basket-Infos that the Spurs told him their wish was to keep him around.

"I do not worry about my future, but it is not a question that I control. It is an option that the team has to decide if it was my last year or not. I'll see June 31, but they told me that it's their wish to keep me and continue next year," Diaw said, as reported by WOAI.

While Diaw won't know until June 31, he's spending his time in the best way possible — in France.

The Eiffel tower was pretty shy this morning. #peakaboo #cachecache