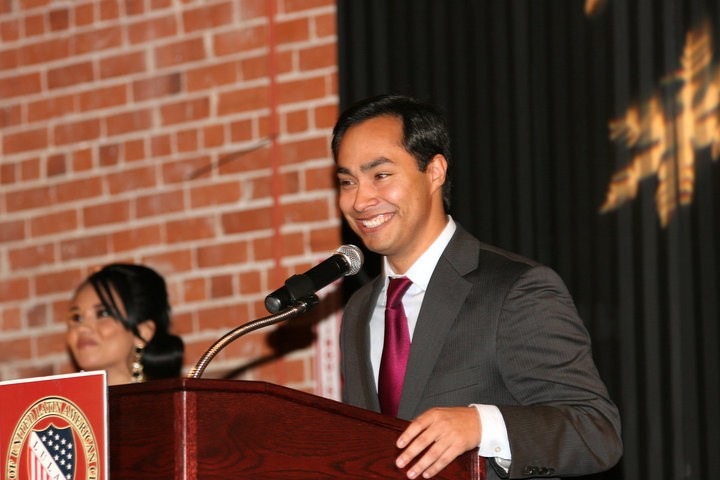 Republicans in Washington D.C. have taken an unusual interest in the Library of Congress' day-to-day business lately.

For the first time in history, conservatives hijacked a legislative appropriations bill to stop the Library of Congress from abandoning the term "illegal alien" from how it catalogs the 162 million-item collection it manages.

Texas Congressman Joaquin Castro attempted to make an amendment to the legislation allowing the Library of Congress to make the change, but it failed to gain traction in the Republican-dominated House.

Thursday, Castro forced legislation he proposed earlier this year called the Correcting Hurtful and Alienating Names in Government Expression (CHANGE) Act, which would have removed every instance of the terms "alien" and "illegal alien" from federal law, replacing them with "foreign national" and "undocumented foreign national," to a vote. Republicans, however, overwhelmingly defeated the measure.

Politicians who support the use of "illegal alien" to describe undocumented immigrants are often the same people who advocate for more deportation and border walls.

Take, for instance, Texas Sen. Ted Cruz and U.S. Rep. Lamar Smith, who co-authored a letter to David S. Mao, the acting librarian of Congress, imploring the library to back off its attempt to update subject heading language, alleging the change would cause widespread confusion for researchers.

“In order to effectively and efficiently navigate such an enormous wealth of material, researchers must often use subject headings to search the catalog of records at the Library and other institutions across the country," the letter stated. "So we were surprised and disappointed to learn of the Library’s decision to eliminate the terms ‘aliens’ and ‘illegal aliens’ from subject heading and search classifications. The impact of this misguided decision will be substantial and widespread.”

When the Library of Congress didn't back down, Republicans legislated the out-dated language, mandating that the library continue using alien and illegal alien, which Castro attempted to stop yesterday.

While Cruz and Smith complained that discontinuing the use of the term illegal alien would make research more difficult, Jennifer Gavin, a senior public affairs specialist at the Library of Congress, explained that replacing it with unauthorized immigrant would actually improve the library's catalog system and be more accurate. Illegal alien and alien would still be retained in cross-reference searches.

"The reason we change terms when we do is to help researchers find what they are looking for," she said.

And sometimes, as in this case, the Library of Congress is approached by academics who lobby it to change terms.

"The library at Dartmouth reached out to us a few years ago and then we heard from some more folks," Gavin said. "There was a formal panel at the American Library Association and it was suggested that this be done."

The Library of Congress also looks to sources outside of academia when considering a change like this.

"We also look around into the broader culture to see if it’s happening in newspapers and elsewhere. We noted the Associated Press changed its stylebook," Gavin said.

The AP uses "undocumented immigrant" instead of "illegal alien." Gavin said the Library of Congress felt "unauthorized immigrant" was more accurate because it conveys that the U.S. government is an authority that controls immigration.

The other reason the Library of Congress moved away from using the word "alien" is because it has multiple meanings (think Area 51) but also because the term is now seen as offensive.

There's recent precedent for the change, too.

The Library of Congress began revising offensive terms and discriminatory language during the 1960s and 1970s. But it has been updating outdated words since the late 1800s.

However, there's nothing the library can do about its intent to remove the terms "illegal alien" and "alien" from its subject heading system now that Republicans have mandated its use through a legislative appropriations bill.

"Although we do this as a routine matter, thousands of times a year, if Congress tells us [we can't change the words], we will follow the law," Gavin said.