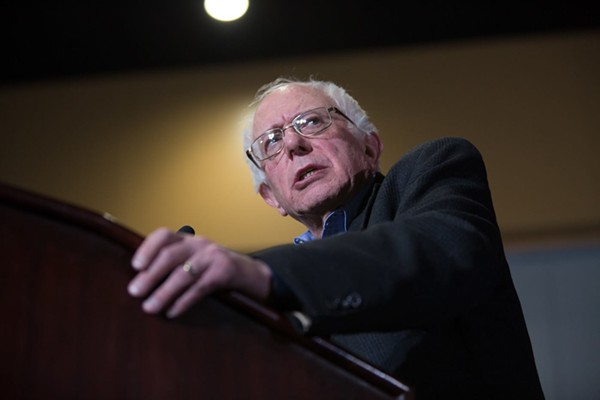 While the writing is on the wall for Bernie Sanders' campaign for the Democratic nomination for president, his supporters hope to work his initiatives into the party platform at the Texas Democratic Convention this week.

But don't expect anything like the raucous, contested Nevada state convention where Sanders supporters fought and threw chairs while accusing the state Democratic party of preventing a fair contest.

"We can’t have the type of uproar they had in Nevada," said Caden Summers, an official Sanders campaign operative. "I think a lot of our mindset is go in and get the platform to be more progressive."

They're calling the initiative PREP the Platform. This grassroots effort organized by Texas Sanders supporters aims to bring the Democrat Socialists' most popular campaign promises to the forefront of the convention, including the fight for a $15 minimum wage, super delegate reform and breaking up the "too big to fail" banks.

"There is a clause in the Texas Democratic State Convention rules that say if you can get 30 percent of delegates at the convention attending to sign a resolution it goes straight to the floor for a vote," Summers said. "If you can get 50 percent, then it automatically becomes a part of the Democratic platform."

The other goal of the convention for Sanders supporters is education.

"I was a stay-at-home mom and I was never really interested in the political process, but Bernie changed the entire way I saw it," she said.

Summers wants to see more like-minded Sanders supporters getting involved in local and state politics. The convention is a great place to forge relationships and learn the nitty gritty parts of the political process, she said.

"We still stand behind Bernie, but no matter what happens, if we can all be nice and play along and take these platforms to fruition, lets do it," she said, adding that to be successful they need support from Hillary Clinton's camp.

The Texas Democratic Convention begins Thursday and runs through Saturday.