Trump Piñatas Are Flying Off the Shelves Ahead of SA Visit 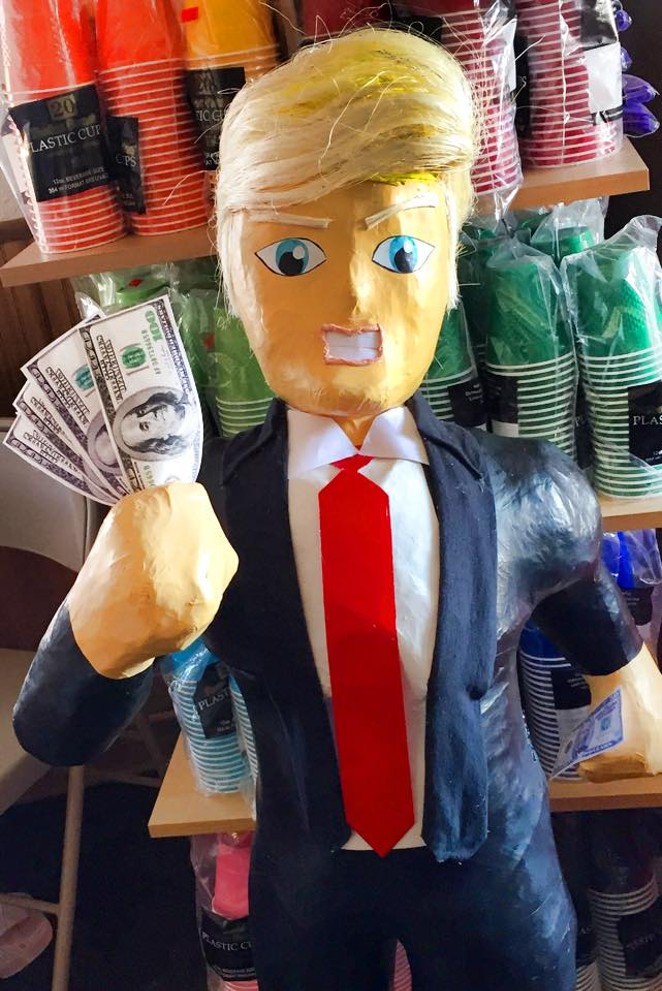 Long after the 2016 presidential campaign is over, Donald Trump piñatas will likely be a coveted campaign artifact, a symbol of this year’s race like an “I Like Ike” pin or a prematurely printed newspaper heralding Dewey’s triumph over Truman.

But in San Antonio, where Trump will reportedly travel on Friday for a fundraiser at Oak Hills Country Club, the piñatas are currently in short supply. Demand for them has been so high lately that merchants here can’t keep them on the shelves.

“We’ve had lots of calls about them,” said Anna Reyes, who owns Piñata Time on the West Side. “People ask for them a lot … but we’re all sold out.” 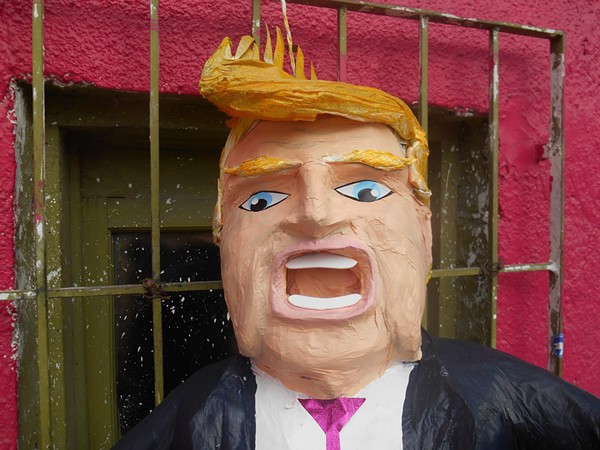 Piñatas made in the presumptive Republican nominee’s likeness became popular in the summer of 2015, after Mexican artist Dalton Javier Avalos Ramirez of Piñateria Ramirez made one in response to Trump’s comments that Mexican immigrants were bringing “drugs” and “crime” across the border and were “rapists.”

Since then, piñata merchants have stocked imitations of Ramirez’s creation. Piñata Time sells two types of them: A larger version made in-house with a special paper maché technique for about $75, and a smaller, conventionally constructed one that Reyes orders from manufacturers in Mexico and sells for $15.

The store has sold over a dozen in the past few weeks, and Reyes plans to stock more. But she won’t have any in time for Trump’s arrival in San Antonio — it takes her at least 15 days to make one of the larger piñatas. She hopes that a shipment of the smaller ones will arrive soon, but heavy rain has slowed down production since most of the piñatas are made outside.

Cynthia Cuevas of Cuevas Piñatas, a large West Side piñata and party supplier, said that runs on certain types of piñatas commonly coincide with pop culture trends. Teenage Mutant Ninja Turtles, characters from Frozen and My Little Pony, for example, have all had their time in the sun. But the only other piñata she’s seen produce as much demand as Trump was an Osama bin Laden model.

“We are out. We can’t keep them in stock,” Cuevas said.

Although Cuevas’ customers are primarily Latino, she said most of the people who have bought Trump piñatas are white.

Cuevas Piñatas sells large versions for $50, smaller ones for $25. And she’s had people from outside San Antonio — including California, Mississippi and Dallas — call to order one. Cuevas hopes to get another shipment of Trump piñatas in this week. But few of those will hit the shelves — most will fulfill orders from customers on a waiting list.

“They’re gone before you even put them out on the market,” she said.