Texas AG: Schools Should Be Able to Out Transgender Students to Their Parents 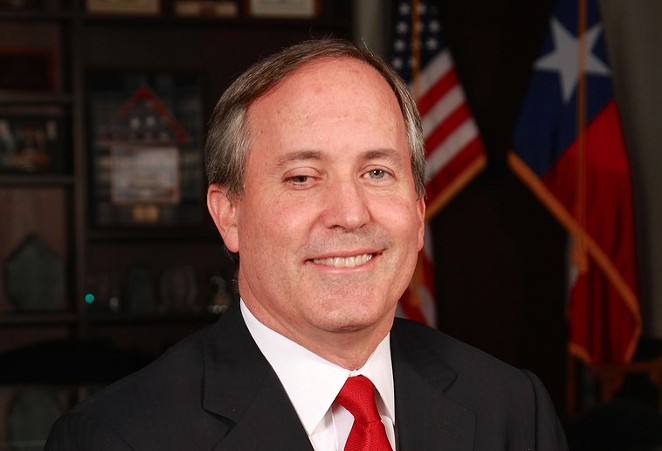 It’s no surprise Texas Attorney General Ken Paxton is squarely opposed to the kind of policy Fort Worth ISD Superintendent Kent Scribner passed earlier this year to protect transgender students from discrimination. But in an opinion issued Tuesday, which was solicited by Lieutenant Governor Dan Patrick (who has called for Scribner’s resignation), Paxton elaborates that not only does he think Scribner exceeded his authority as superintendent, but also that the policy appears to violate state law because it directs school staff not to out trans kids to parents who might not support them.

Paxton warns that implementing such policies would be “grounds for discipline under the Education Code.” (Paxton’s letter is only a legal opinion and isn’t binding.)

Last month Fort Worth ISD quietly updated its non-discrimination policy to explicitly include protections for transgender students. Included in the new policy were guidelines to protect the privacy of transgender kids. If someone from the school found out a kid was trans or questioning, under the guidelines they wouldn’t share that information with a parent without first talking with the student. “In most cases, transitioning is a very private matter,” the policy states. “Students may choose whether or not to have their parents participate in this process.”

Research indicates there’s pretty good reason to at least be careful in deciding how and when to reveal a kid’s gender identity to parents who may not be supportive. Some surveys of homeless LGBTQ youth indicate that nearly half have been forced out by parents who rejected their sexual orientation or gender identity. When Fort Worth ISD trustees heard public comments on the policy last month, a transgender student who recently graduated from the district told them, “There are people who will kick their children out – who beat them.”

Paxton, however, in his opinion Tuesday says the question of whether these policies are right “hinges on a proper understanding of the framework of parental rights as they relate to public education.” Saying the policy erodes parents’ “fundamental right to make decisions concerning the care, custody and control of their child,” Paxton writes that the district’s transgender-affirming guidelines “encourage students to withhold information from parents.”

Paxton has also sued the feds over a directive that calls for public schools to adopt guidelines that protect transgender students, something the Obama administration announced on the heels of Fort Worth ISD’s new policy.