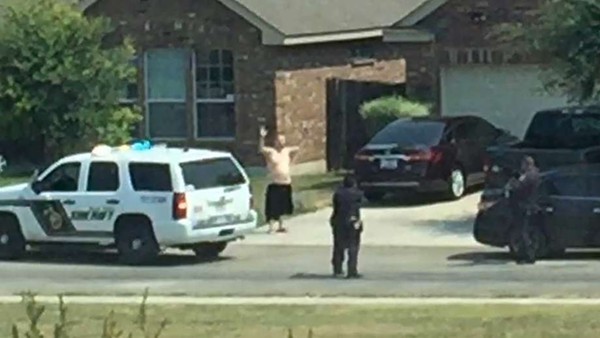 As of Thursday, any law enforcement officer in Bexar County accused of a crime will have their case end up in the newly created Law Enforcement Integrity Unit.

Bexar County District Attorney Nicholas "Nico" LaHood says he created the office to funnel all police-related accusations into one office, whether it's a use-of-force or sexual assault allegation.

"Officer-involved shootings were handled before in the Public Integrity Unit," LaHood said, explaining that this division also handled white collar crime cases, which is what it will continue to do going forward.

However, if there's a case not related to an officer's official duty — like domestic abuse allegations between two people — it will initially be filed with the Law Enforcement Integrity Unit, which will then disperse that case to a prosecutor who handles domestic abuse cases.

The new office will focus on officer-involved shootings, use-of-force allegations and police misconduct.

LaHood hired Jay Norton, a criminal defense attorney and former assistant district attorney with the Bexar County DA's office to run the unit, which will be housed in the Special Crimes Division.

“If a law enforcement officer breaks the law, they need to be held accountable but if they didn’t do it they need to be exonerated,” LaHood says in an announcement. “We need to continue to build trust with the community and with law enforcement. The community needs to be assured we will prosecute anyone who breaks the law — it doesn't matter if the suspect is a police officer, a doctor, or anybody else.”

Currently, LaHood said there are more than 60 cases involving allegations against police officers.

Since LaHood took office, there have been two notable police-related shooting cases to be heard by grand juries. In December 2015, a grand jury decided former San Antonio Police Department officer Robert Encina wouldn't face charges for shooting and killing Marquise Jones in February 2014. A week before that, a grand jury decided Bexar County Sheriff's Deputies Greg Vasquez and Robert Sanchez wouldn't face charges for shooting and killing Gilbert Flores in August 2015. Sworn statements by Vasquez and Sanchez that were made public in a court filing this week that neither included the detail that Flores had his hands raised above his head moments before he was shot and killed.