Yes, 'Flesh-Eating' Infections Are Scary. No, You Probably Won’t Get One. 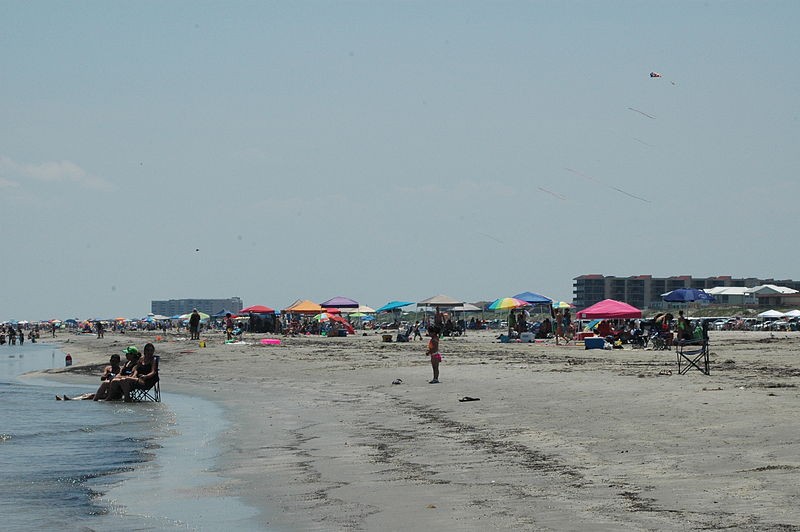 When it comes to Vibrio infections — which are at the heart of all those "flesh-eating bacteria" headlines (including this one) — more people fall ill and die from it not because they were in the warm Gulf of Mexico waters, but rather because they ate shellfish.

The optics are of course alarming. In June, four beach-goers were reported as having contracted life-threatening Vibrio infections. Adrian Ruiz, 42, and 50-year-old Brian Parrott were the first reported cases this year. Neither man died, but doctors amputated Parrott’s leg from the knee down to prevent the deadly infection from spreading. In late June, Vince Chappell, 53, who cut his foot while fishing in Aransas Pass, became infected, but is recovering, according to the Houston Chronicle, which reports that Chappell had no underlying condition. Lastly, Melody Long, who takes medication to suppress her immune system, became ill with an infection after fishing at McFadden Beach, according to the Beaumont Enterprise. Ruiz, Parrott, Chappell and Long are all expected to recover.

According to the Texas Department of State Health Services, there have been 27 reported cases within the state this year, with 41 percent involving contact with sea water, according to Austin TV station KXAN. There were 102 cases in all of 2015, with 45 percent relating to water.

The most common way people become infected, however, isn’t through swimming in the Gulf. Officials say that most often, shellfish, particularly raw oysters, are the culprit.

Galveston County Health District Public Information Officer Scott Packard says most people’s bodies can handle it whether from a wound or eating oyster and fully recover.

Since Parrott fell ill after visiting Galveston, Packard says phone calls from worried potential visitors have been non-stop because they think Vibrio is the reason for beach advisories. It’s not. Those advisories are because of bacteria found in animal waste runoff that spills into the Gulf after heavy rains. Swimming is not recommended when spikes in this bacteria — called enterococcus — occur.

As for Vibrio, it’s rare — though it’s found in warm Gulf waters year-round. Packard points out that Parrott is just one case out of Galveston’s usual 6 million or so visitors each year.

Those who fall ill nearly always have pre-existing condition that weakens their immune system. Beach-goers in this situation should avoid exposing cuts, open sores or wounds to untreated Gulf water.

And if the thought of flesh-eating bacteria is still too much to bear, guess you’ll just have to stick to chlorinated swimming pools.