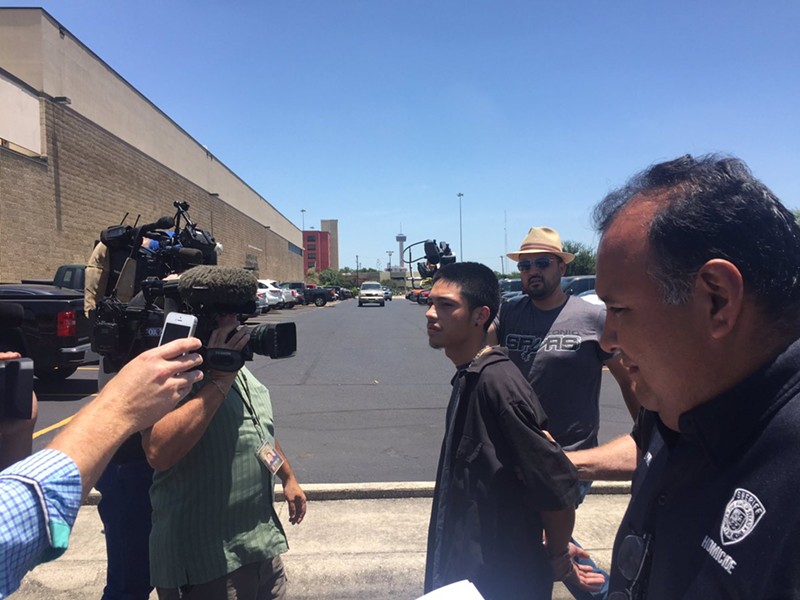 Bexar County Sheriff's investigators arrested a 19-year-old man at a home near Lytle today and accused him of capital murder.

Jonathan Moreno is accused of shooting 22-year-old UTSA student Rudolfo Mendiola and stealing electronics, jewelry and a gun from the victim.

"It’s believed the items were stolen, then pawned by Moreno," a sheriff's office press release states. "A witness claims Moreno had been to the home on Saturday with Mendiola and another person."

Mendiola's body was found July 3 on the 15000 block of Trawalter at a relative's house. Detectives first found Mendiola's abandoned vehicle parked on railroad tracks on the 15300 block of Lucky Road. After checking the vehicle's registration, investigators went to the home where they found Mendiola.

He was arrested without incident, authorities said.