Archeologists Discover Part of a Wall During Alamo Excavations 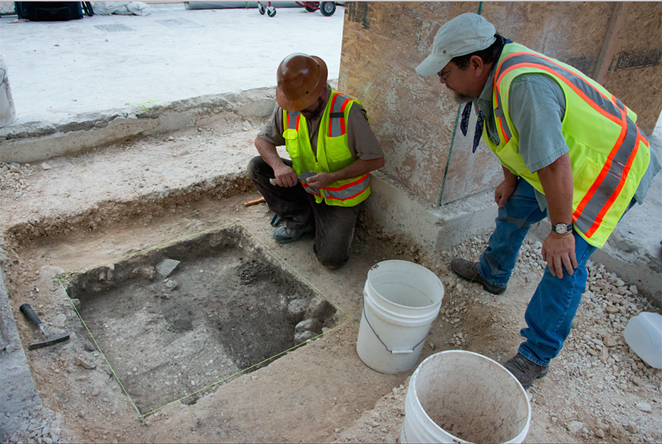 A team of archeologists who began digging at the Alamo last week have already announced a discovery, having found part of an adobe wall that was less than two feet underground.

Dr. Nesta Anderson, the lead archeologist on the first systematic archeological study of the site, said it's too soon to say whether the discovery is the west wall of the Alamo.

"What we do know is we have an adobe brick wall feature and it is related to a structure somehow," Anderson said Monday morning. "That could include an outer wall of the compound but it could include some of the rooms that the Native Americans lived in."

The dig will be put on hold briefly while Anderson and her team figure whether to target the same area or to see if they can find additional architectural features elsewhere on the Alamo grounds.

The purpose of the excavation is to figure out exactly how large the compound was and how the landscape has shifted overtime. The archeological team hopes to find the exact location of the south and west walls of the Alamo. The work is part of a larger effort taken on by the General Land Office and the City of San Antonio to create a new master plan for the Alamo Complex.

Anderson said the team is thrilled to find evidence of a wall and hope to figure out exactly how it fit into the Alamo. "Now that we have some evidence we’d really like to focus on chasing that evidence out," she said.