Power Ranger Says Texas Comicon Promoter Cheated Him Out of $1,300 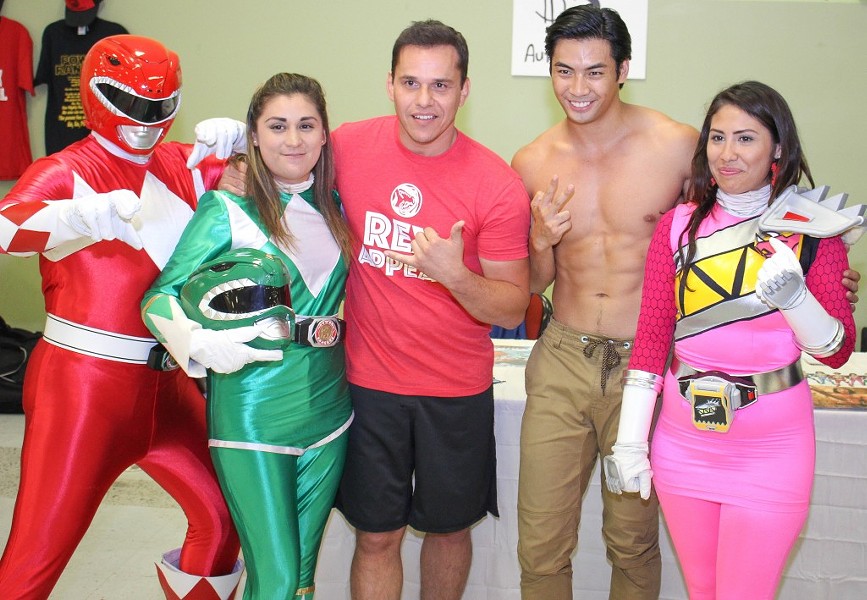 The San Antonio man who starred as the Red Ranger in the 1990s sitcom Mighty Morphin Power Rangers is mad as hell at Texas Comicon promoter Kris Kidd.

Steve Cardenas, who grew up in San Antonio, took to his social media accounts Tuesday, blasting Kidd for allegedly cheating him out of $1,300.

"He cheated me out of $1300 and he also gave bounced checks to some of the other actors at the show! NEVER DO BUSINESS WITH THIS GUY! His con is one of the worst shows I've been to," Cardenas wrote on Facebook. "And at the end of the show he flat out refused to pay the rest of the money he owes me. And I'm not the only one. He also screwed over the hard working vendors who paid to be at his show as well."

We weren't able to reach Kidd, but Nick Sanchez, event coordinator for Texas Comicon, which was last weekend, said there was no contract between Cardenas and Kidd. Sanchez said that while planning the show, Kidd reached out to Pink Ranger Amy Jo Johnson and Cardenas at the same time to talk about them coming down to San Antonio. "Steve took it as he was coming and Kris either knew about it or forgot about it or didn't finish the conversation with Steve," Sanchez said.

Nonetheless, Sanchez said he booked a flight and a hotel room for Cardenas. And Sanchez gave credit to Cardenas and his sister Cathy, who was the public relations contact for Texas Comicon, for promoting the show. However, Sanchez said there was no contract with Cardenas. "Steve's pretty upset. Kris, you know, he's going with there is no contract signed, which is true," Sanchez said. "Both Steve and Kris, we should have verified this stuff before the show."

As for Cardenas' allegations that Kidd screwed other vendors out of money, he just provided a link to a blog written by someone who goes by the user name Cyn complaining about Kidd.