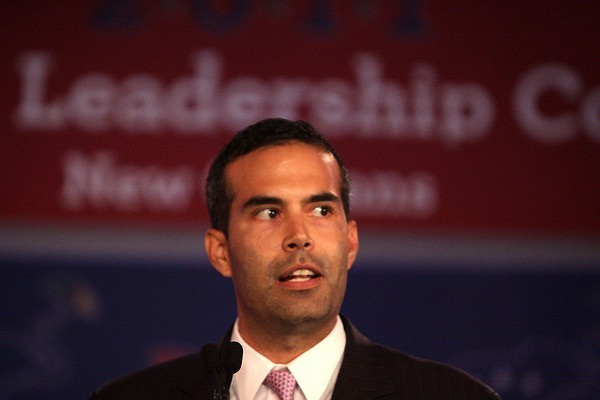 A member of the Bush dynasty has finally endorsed Republican presidential nominee Donald Trump, but it's far from a glowing endorsement.

Texas General Land Office Commissioner George P. Bush said Saturday that Trump is a bitter pill for the Bush family to swallow, but urged Lone Star State Republicans to get behind the candidate, the Texas Tribune reports.

"From Team Bush, it's a bitter pill to swallow, but you know what? You get back up and you help the man that won, and you make sure that we stop Hillary Clinton," Bush can be seen saying in a YouTube video clip of his statements. Bush is the Texas GOP's victory chairman and is responsible for leading the party through the fall election by raising cash and registering Republican voters.

Endorsing Trump, however, is a decision no other Bush has been able to stomach. The land commissioner's father, former Florida governor Jeb Bush, whose campaign for the Republican nomination failed miserably, has refused to endorse Trump, who called him an embarrassment to his family. "In November, I will not vote for Donald Trump or Hillary Clinton, but I will support principled conservatives at the state and federal levels, just as I have done my entire life," he said.

Two former presidents, George H.W. Bush and George W. Bush, have not endorsed Trump, either. Both men have stayed away from presidential politics this year. Barbara Bush, the land commissioner's grandmother, however, called Trump out in February during an interview with CBS for being a misogynist. "I mean, unbelievable. I don't know how women can vote for someone who said what he said about Megyn Kelly," she said. "And we knew what he meant too!" After Kelly pressed Trump during a summer 2015 debate over his treatment of women, Trump said, "there was blood coming out of her eyes, blood coming out of her wherever."

Last week, Team Trump Texans visited the Bexar County Republican Party where state campaign director Joshua Jones told about 100 San Antonio Republicans that there are no issues between Trump and the Republican National Committee, the San Antonio Express-News reported. "You might have noticed that Mr. Trump's getting in trouble because he said absolutely nothing wrong recently," Jones said, according to the newspaper. "And the media's making a big deal out of it."

Trump spent much of last week attacking Khizr and Ghazala Khan, the parents of a slain American solider, after Khizr criticized Trump during a speech at the Democratic National Convention. Then, during an interview with the Washington Post, Trump turned on two stalwart Republicans: House Speaker Paul Ryan and Sen. John McCain. The newspaper reported that Trump refused to endorse the pair in their primary elections because they criticized his attacks on the Khan family. Trump has since taken a deep dive in the polls.