by Mark Reagan and Michael Barajas

The public relations behemoth Texas hired to run its court-mandated voter education campaign has worked for companies like Phillip Morris and Exxon. They've represented military dictatorships and managed major PR crises like Johnson & Johnson's problem with cyanide-tainted Tylenol in the early 1980s. When a pesticide plant in Bhopal, India leaked gas that poisoned hundreds of thousands of people, the company responsible called this firm to handle damage control in the wake of the world's worst industrial disaster.

In court filings, lawyers for the state of Texas this week revealed that they've hired Burson-Marsteller, a New York City-based public relations company, to create a "multi-faceted strategy to reach and educate voters" about changes to the law, as the San Antonio Express-News reported yesterday. The state is also required to train poll workers through the campaign.

A settlement between Texas and the Mexican-American Legislative Caucus and the NAACP Legal Defense Fund, which challenged the state's law requiring strict voter ID requirements at the polls, orders Texas to spend $2.5 million educating voters about changes to the discriminatory law. (The settlement, approved by a federal judge on Wednesday, will also expand acceptable forms of ID allowed at the polls during the November general election, which voting rights advocates say could help some 600,000 eligible voters who didn't have one of the acceptable forms of state-issued IDs.)

Enter Burson-Marsteller, masters of spin who over the years have been called in to manage corporate and government PR nightmares. The firm, which has been around since the 1950s, has a long list of controversial clients. MSNBC's Rachel Maddow took aim at the firm when her show found out that AIG, on the heels of its fourth government bailout and running on 80-percent public funding (about $160 billion taxpayer dollars at that point), was paying Burson-Marsteller to boost the company's image. After running through the firm's daunting list of troubling clients, Maddow said: “When evil needs public relations, evil has Burson-Marsteller on speed dial.”

Indeed, it seems whenever something goes horribly wrong (like, when even one of the country's most conservative appeals courts blocks your voter ID law because it's racist), or some corporation is seeking to refute research that shows a product is dangerous (like tobacco), Burson-Marsteller is there.

And now you can add Texas to this client list:

In the early 1990s, Burson-Marsteller teamed up with big tobacco's Phillip Morris to attempt to discredit an Environmental Protection Agency study that revealed the now widely-accepted fact that second-hand smoke kills. Phillip Morris hired the firm to cast doubt on the study, describing it as junk science. The public relations firm went so far as to target legislators that promoted anti-smoking legislation and even created a smokers consumer group called National Smokers Alliance that lobbied against local anti-smoking ordinances. The company didn't stop working for big tobacco until 2010.

In 1982, pharmaceutical giant Johnson & Johnson was forced to recall all regular and extra-strength Tylenol capsules after seven people in Chicago died from pills laced with cyanide. It was at that point that the company hired Burson-Marsteller to help it regain the public's trust. After a television campaign and national polling that found 90 percent of respondents still trusted Johnson & Johnson, Burson-Marsteller called a press conference with the company to introduce tamper-proof sealing of its pill bottles, something we're all familiar with today.

On March 28, 1972, a nuclear reactor partially melted down at the Three Mile Island Nuclear Generating Facility in Pennsylvania. According to the United States Nuclear Regulatory Commission, it was the most serious accident at a commercial nuclear power plant in U.S. history. Luckily, no one got sick from radiation, but the aftermath resulted in drastic changes to "emergency response planning, reactor operator training, human factors engineering, radiation protection, and many other areas of nuclear power plant operations," according to the NRC. It was Burson-Marsteller that swooped in for Babcock & Wilcox, the plant's operator, to smooth over fears of a nuclear disaster. 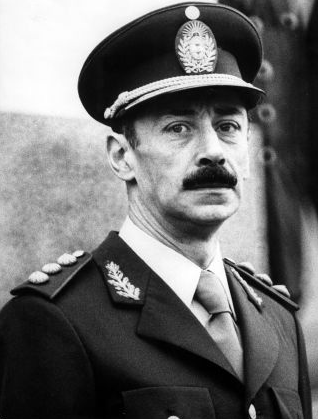 In 1976, Argentinian General Jorge Videla led a coup against the Argentine government and assumed the position of president. Over the next few years, Videla led a brutal campaign against political dissidents and adversaries in which thousands of people were disappeared. He was eventually found guilty of war crimes.

During his reign, however, the military dictatorship employed Burson-Marsteller to convince the world that the country had credible bond markets and to promote its wine, meat and wheat exports while improving the government's image. This was all while Videla was running a campaign of terror that included forced disappearances, torture and the use of death squads to crush leftist political opponents. This later became known as Argentina's Dirty War. Videla eventually accepted responsibility for his role and died in prison.

Oh, and in other massacre-related business, the Nigerian government also hired Burson-Marsteller to discredit reports of genocide during its 1967-1970 civil war. As the Washington Post not long ago reported, the firm has actually been hired to do spin for the ruling parties in three nations "implicated in mass killings (Nigeria, Argentina and Indonesia)."

The night of December 2, 1984, some 600,000 people living in and around shanty towns near Union Carbide's pesticide plant in Bhopal, India started to breathe in poisonous gases. It's estimated some 30 tons of the highly toxic chemical methyl isocyanate were released into the air. And in the three decades since, government figures estimate some 15,000 people have died from their exposure. Many of the survivors and their children live with physical and mental disabilities.

That's when Union Carbide brought in Burson-Marsteller to do "crisis management." Years later, the progressive activists behind the Yes Men pranked both Dow Chemical, which had acquired Union Carbide, and Burson-Marsteller over their roles in the disaster. Burson-Marsteller then tried to shut down a parody website the Yes Men had set up to poke fun at the company (apparently "www.bursonmarsteller.com" is way too much like "www.bm.com," the company's actual trademarked domain name). As one of the Yes Men told SFGate back in 2003, the company "made a big deal out of something small, and now, ironically, it is a big deal." The prank-tivists got what they wanted most — a reaction. 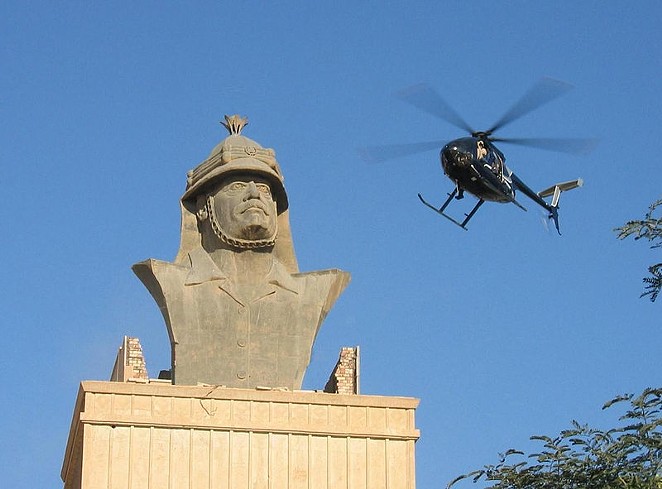 On September 16, 2007, an armored convoy of private contractors rolled through a public square in Baghdad and began firing on civilians, leaving 14 dead and at least 17 wounded. The tragedy, known as the Nisour Square Massacre, is now considered one of the darkest chapters of the Iraq War.

That's when Blackwater, private military contractor, hired Burson-Marsteller to help guide the company through very rough waters. It was Burson-Marsteller crisis management experts who prepped Blackwater CEO Erik Prince for his four-hour grilling by a Congressional oversight committee after the massacre — during which Prince praised his private soldiers, saying, "I believe we acted appropriately at all times.'

But top-dollar PR couldn't stop federal prosecutors, who ultimately brought criminal charges against the Blackwater employees for the killings. "In killing and maiming unarmed civilians, these defendants acted unreasonably and without justification,” the U.S. attorney’s office said at the time. “In combination, the sheer amount of unnecessary human loss and suffering attributable to the defendants’ criminal conduct on September 16, 2007, is staggering.” Last year, three Blackwater employees convicted of multiple manslaughter counts were sentenced to 30 years in prison. The fourth, convicted of first-degree murder, got a life sentence.

In a court filing urging the judge to give the men the maximum punishments, prosecutors argued, “The crimes here were so horrendous – the massacre and maiming of innocents so heinous – that they outweigh any factors that the defendants may argue form a basis for leniency.”