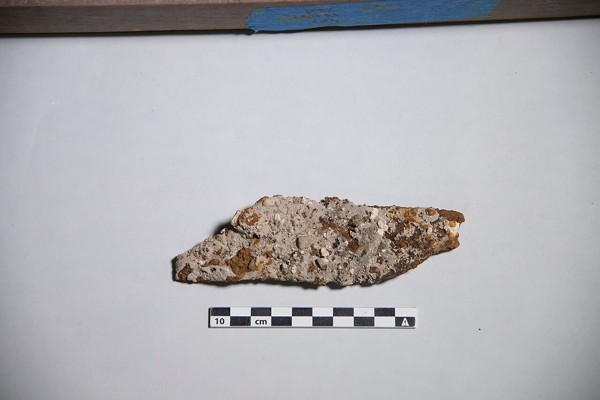 Archeologists excavating around the Alamo Plaza discovered the tip of a sword that may have been used by a non-commissioned Mexican officer during the Battle of the Alamo.

Nesta Anderson, lead investigator on the dig, said researchers found the six-inch sword tip near the south wall, which was near the main gate of the Alamo. Anderson says the sword was either used during the 1836 battle or was used during fortification of the wall in 1835.

Anderson said that Sam Nesmith, a military artifacts expert, identified the sword. "We're really excited to have evidence of military action here at the south wall," she said. However, Nesmith told Anderson that he's inclined to think that the sword broke during fortification construction. In 1835, the Mexican army was fortifying the south wall before the Texans took control of the Alamo. But the truth is, they just don't know. Nesmith is sure the sword dates to 1835, but determining whether it was used during the battle or in constructing fortifications leading up to the battle is impossible.

But if it wasn't used during construction and actually is from the Battle of the Alamo, it would have likely been used by one of the hundred or so soldiers under the command of Juan Morales and José Minon, two Mexican colonels who stormed the south wall. This is where Alamo defender Jim Bowie was killed.

In 2007, Anderson said archeologists working in Main Plaza found the tip of another Mexican sword. That relic was associated with the Battle of Bejar, when the Texans attempted to oust the Mexican army from San Antonio in December 1835.

The purpose of the dig is to find out how large the Alamo compound was. The work is part of a larger effort taken on by the General Land Office, the Alamo Endowment and the City of San Antonio to create a new master plan for the Alamo Complex. Anderson has been providing daily updates on the dig, which has so far uncovered hundreds of artifacts. 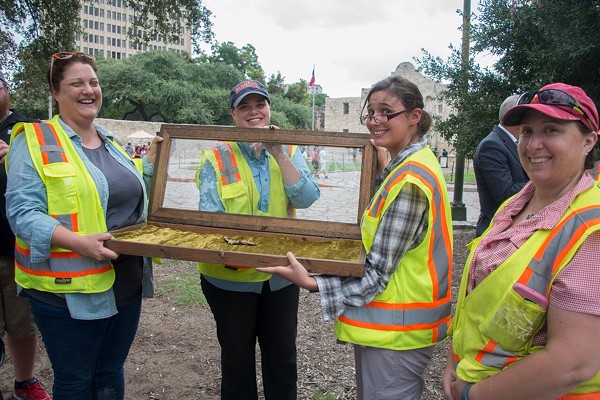