Some Parents Are Okay With SAISD's Half Billion Dollar Bond, Because Some Schools Smell 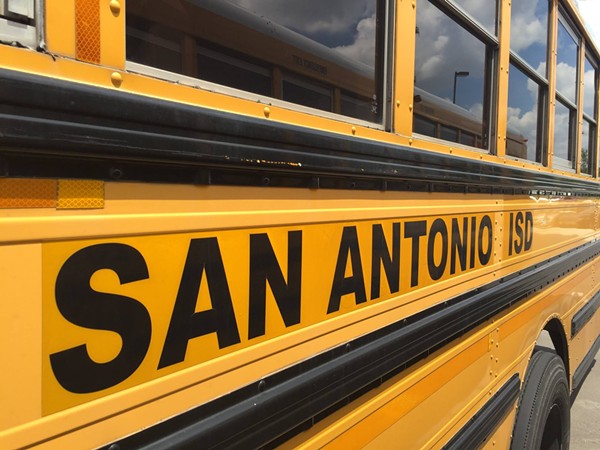 San Antonio's third largest school district is bringing a $450 million bond to voters because of a nasty smell.

Victoria Moreno Herrera, a member the Blue Ribbon Task Force Committee that made recommendations to San Antonio ISD on what to include in the bond, this week told KSAT that a recent tour of some of the district's campuses left her nauseous.

"We walked into some and the moment we opened the door the smell was nauseating. It was really, really frightening to think that kids are going into these schools every day and they're expected to learn," she told the station. "In others, we would tour classrooms and they would have to repeat or yell and scream so we could hear over the AC system. Others, it was so hot inside the classrooms some of us had to get up and leave."

The fix? Well, that's now in the hands of San Antonio ISD voters. On Monday night, the district's board of trustees approved bringing a $450 million bond and a tax ratification election to increase the district's maintenance and operations tax rate by 13 cents to voters on November 8. Herrera tells KSAT the only opposition she's heard to the bond and tax ratification election comes from parents whose children are not in one of the 13 schools that would be renovated if voters approve the money later this year.

The near half-billion bond would be used to replace aged-out infrastructure, which in some cases is more than four decades old, to upgrade science labs and to expand classroom spaces to recommended state guidelines, according to a San Antonio ISD press release.

The tax ratification election would help the district pay for technology and to bring its classrooms up to modern educational standards. Revenue from the tax would also help pay teachers who have duty after school or during the summer managing programs that target about 40 percent of students who need extra academic support. It would also be used to expand extracurricular opportunities for district students.

San Antonio ISD Board President Patti Radle said in a press release that the recent Texas Supreme Court ruling that upheld the state's public school funding system as constitutional led her believe the only way to generate additional revenue for daily operations was to see if voters will let the district raise taxes. "Together the TRE and bond would bring additional academic support to every SAISD campus, and further our efforts to modernize our many aging schools," Radle said in her statement.