Will Hurd Voted for Language That Tanked the Zika-Prevention Bill in Congress, But Did He Even Read It? 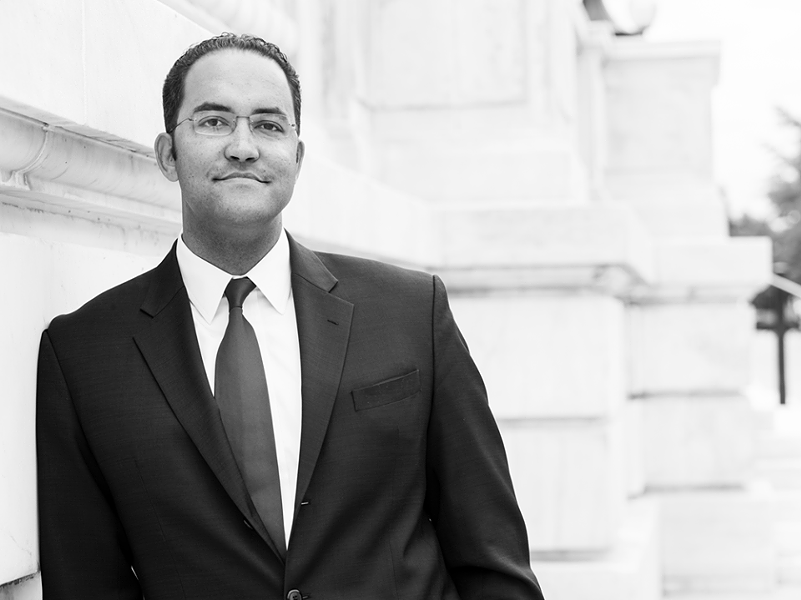 Congressman Will Hurd was either playing dumb during an August 7 listening tour stop at a Helotes Dairy Queen or actually didn't know about controversial language in Zika funding legislation that stalled in the Senate.

Pete Gallego, who is campaigning against Hurd for the hotly contested 23rd Congressional District, tweeted out a video from the event where a constituent questioned Hurd about Congress' failure to fund programs that aimed at stopping the spread of the Zika virus. Hurd wrested the seat from Gallego during the 2014 elections.

In late June, Congressional Democrats voted down a $1.1 billion Military Construction and Veterans Affairs and Zika Response Appropriations Act in the Senate that would have funded efforts to prevent the spread of the virus because Republicans added language that prohibited Planned Parenthood from using funding to provide contraceptives as part of that effort; oh, and the Republican-added language also sought to strip some $540 million of Affordable Care Act funding.

Republicans also removed language added by Democrats that would have banned the Confederate battle flag from being raised in military cemeteries. Before that legislation made it to the Senate, Hurd was among those who voted for a conference report created by House and Senate Republicans that added the controversial language that's wholly unrelated to Zika. President Barack Obama even told Republicans he'd have to veto the bill if it passed with such language.

But when Hurd was asked about it all during the listening tour stop at the Helotes Dairy Queen, he either seemed as if he was unaware of the controversial language that tanked the Zika bill— language he voted for.

"On that case, I would love to have someone explain to me what those riders are, because the next point they never do is say what are those riders that are so offensive that is preventing them from being engaged," Hurd said in video obtained by Gallego's campaign staff. "And I haven't seen them, and, you know, if they are there, we should work to get this done, because it is the potential of being a serious national crisis."

Is Hurd being coy? Does he really not understand how the political jockeying over Planned Parenthood and Obamacare tanked the Zika prevention bill? We reached out to Hurd's campaign team for clarification, but have yet to hear back. We'll update this post if we do.

Hurd spokesperson Eliezer Flores says the question isn't that Hurd was unaware, but rather why Senate Democrats thought the bill's riders were so egregious that they wouldn't support the funding measure.

"The last person who should be casting stones is former do-nothing Congressman Pete Gallego who was not only in the top 50% of missed votes, but also did not pass a single bill, much less read legislation while Will Hurd has already had four bills passed into law," Flores said in a statement.

.@WillHurd wants someone to "explain" the #Zika bill he already voted on. #Protip: Read the bill b4 you vote. #TX23 pic.twitter.com/fQCh8ITdAO

Gallego, meanwhile, accuses Hurd of not reading bills and amendments before voting on them. "Or, if he actually knew the Zika bill he voted for also cut health programs, restricted funding for women's health, weakened clean water laws, and allowed the confederate flag to fly at U.S. military cemeteries, then he should just say so," Gallego said in a statement.

After the legislation failed, Congress broke for a seven-week recess. Members of the House and Senate won't return to work until after Labor Day in September. Since then, health officials in Florida reported that the United States had its first case of locally transmitted Zika in Miami. And in Texas, an infant infected with Zika while in the womb died a few weeks after it was born from microcephaly, a damaging birth defect that causes children to be born with abnormally small heads that is associated with Zika. And on Monday, state health officials reported that an El Paso resident who visited Miami became ill with the virus in the first case of inter-state transmission.

There are 109 cases of Zika in Texas, all associated with travel, including three pregnant women, two infants born with microcephaly, one of which has died, and one person who contracted the virus after having sex with a traveler. In San Antonio, according to the last Metro Health Department update, there have been eight cases. Nationwide, there are 2,260 cases, according to the Centers for Disease Control and Prevention.

Story updated at 10:46 a.m. to include comment from Hurd's campaign.