Authorities have released the identity of a handless, decapitated man found burning by a dumpster at an apartment complex last weekend.

The Bexar County Medical Examiner says the victim is 43-year-old Javier T. Soto, the San Antonio Express-News reports. He died from "homicidal violence including sharp force injury," according to the newspaper. SAPD released an image of a tattoo that read Javier on the body Tuesday in hopes of identifying the person. News 4 reports that police discovered who he was just hours after releasing the image. Wednesday afternoon officials released this photo of Soto: 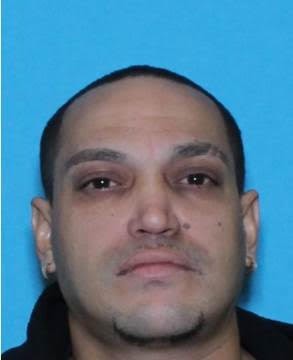 At around midnight on Sunday, San Antonio police responded to a fire at an apartment complex on the 2300 block of Goliad Road. "Upon arrival of Fire Dept. and SAPD patrol officers, the fire was extinguished and it was confirmed that there was a deceased body in front of the dumpster in the parking lot," an SAPD spokesman said in an email Monday. Authorities, however, are still trying to identify a motive for the crime and who could have been behind what appears to be an unusually gruesome murder.

The police are asking anyone who knows something about the crime to call homicide investigators at 207-7536 or Crime Stoppers at 224-7867. There's a $5,000 reward for information leading to an arrest.