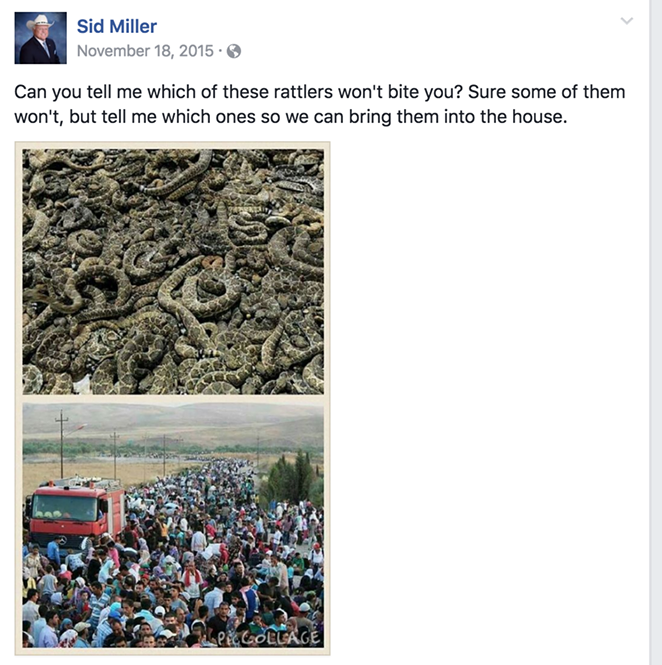 Earlier this summer, it looked like Gov. Greg Abbott had lost his fight to keep Syrian refugees from being resettled in Texas when a judge dismissed the state’s lawsuit against the feds and a nonprofit tasked with resettling refugees in the state.

Apparently Abbott’s struggle to keep Syrian refugees out of Texas is not yet over. As the Texas Tribune first reported, the state attorney general’s office earlier this month filed a notice with the federal Fifth Circuit appeals court saying that it would continue to try to block refugees from coming to Texas.

In December, Texas filed a lawsuit against the feds and the International Rescue Committee, one of several nonprofits that contract with the government to resettle refugees in the state, arguing that officials had “reasonable concerns about the safety and security of the citizenry of the State of Texas” because of the arrival of some Syrian kids and their parents and grandparents. At the time, Texas Attorney General Ken Paxton argued the issue wasn’t about any “specific refugees” but rather about “protecting Texans by ensuring that the federal government fulfills its obligation to properly vet the refugees and cooperate and consult with the state." The lawsuit followed the terrorist attacks in Paris, with Texas being one of several states vowing to block any Syrian refugees.

Paxton’s office has insisted the feds are required but have failed to coordinate with the state ahead of placing any refugees here, arguing they’ve breached their contract with state officials (while the feds fund refugee resettlement, the state contracts with nonprofits to distribute that money). The feds, meanwhile, have argued that Texas doesn’t have the power to ban refugees. Earlier this summer, a federal judge agreed, saying the state hadn’t provided a “plausible claim” that the feds and refugee resettlement group had breached their contract with the state; the rescue committee, meanwhile, has said it will continue to help Syrians fleeing violence resettle in Texas.

Not long before the state sued to keep refugees out, Texas Agriculture Commissioner Sid Miller compared refugees fleeing unimaginable violence to a pit of venomous snakes: