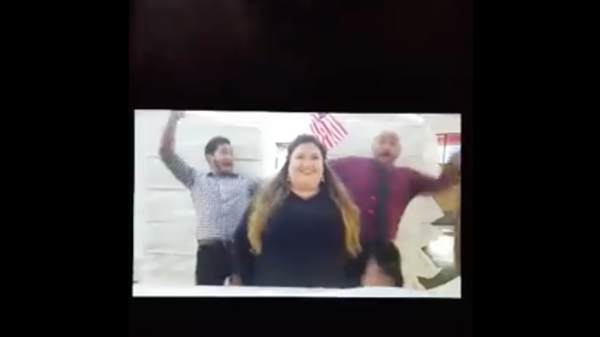 The San Antonio mattress store that tried to bank off the anniversary of the September 11 terrorist attacks by offering a "Twin Towers Deal" has announced that it will re-open "as soon as possible," less than a week after the owner said the store would close "indefinitely."

Last week, Miracle Mattress advertised its remarkably tone-deaf sale (buy any size mattress on 9/11 and get a twin-mattress price) with an equally outrageous video that showed two guys tumbling into and knocking down twin towers comprised of twin mattresses, right before another employee muttered, in a mockingly solemn tone, "We will never forget."

The backlash was about as swift and as loud as you'd expect. Within hours of it being made public, the ad was taken down. Later that day, store owner Mike Bonanno issued a statement in which he simultaneously apologized to anyone offended, expressed outrage at his own employees' actions, and even managed to distance himself from the crass marketing ploy that turned the worst terrorist attack on American soil into a joke in order to move some product (the video, he said, "was posted on Facebook without my knowledge or approval from our corporate office in Houston").

When the outrage didn't subside, Bonanno issued yet another statement heading into the weekend saying the store would "close indefinitely" out of respect for the victims of the tragedy and their families.

This afternoon, Bonanno issued yet another statement saying the store will "re-open our doors as soon as possible, following the hiring of new staff and training." Bonanno also said the incident was a learning experience for him and the company. Among the things he learned, according to a release he sent reporters Thursday:

1. Our country suffered greatly on 9/11. That day continues to be full of emotion and remembrance. It is not to be used in any manner that disrespects the sacrifices of those who lost their lives and the families who have carried forward.
2. Our actions and words impact more than our customers and we must remember to do our best every day. A horrible social media ad was created. It hurt people across the country. We own it and take full responsibility.
3. Everything we put out to the public is a reflection of our company. Moving forward, checks and balances will be in place to ensure professionalism in our advertising and community outreach.

Bonanno says that, "When we open, we will do so with a renewed focus on community support and humility." He also said the company has plans to make a donation (he didn't say how much) to Tuesday’s Children, a New York-based nonprofit that formed in the aftermath of 9/11 that "supports youth, families, and communities impacted by terrorism and traumatic loss." Bonanno says the store will also donate to some yet-to-be-determined nonprofit in San Antonio.

In his statement, Bonanno apologized not only to the families of 9/11 but also to the city of San Antonio "for putting our community at the forefront of a national disgrace."