What Do American Officials Know About the Allende Massacre? 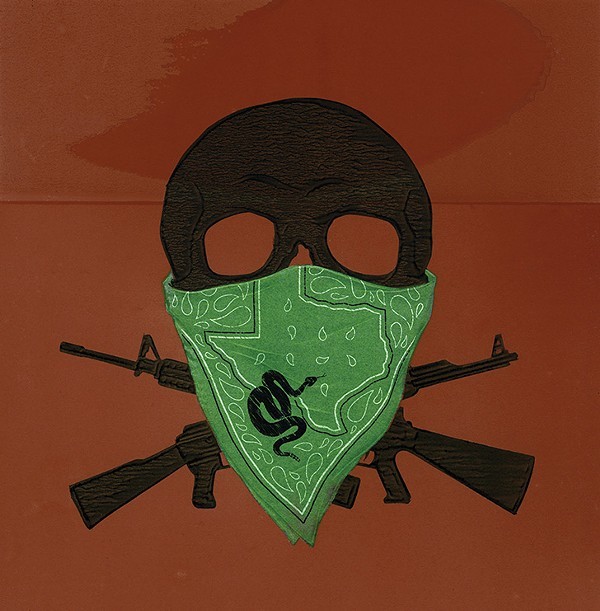 In the spring of 2011, dozens of gunmen tied to the infamous Zetas drug cartel descended on a group of small towns in the northern Mexican state of Coahuila, part of a lucrative smuggling route that borders the Texas city of Eagle Pass. The assassins went house to house, indiscriminately killing and disappearing an untold number of people as retribution for a top cartel member who'd defected to the United States – a man who would later resurface in a Texas federal court as a government witness.

It's been called one of the darkest periods in the modern history of northern Mexico, a time when the brutal Zetas cartel fought for and seized control of many of the region's drug smuggling arteries into Texas. In a San Antonio federal courtroom this past summer, witnesses said the defection of the top Zetas commander triggered a violent purge that left hundreds dead in and around the Mexican city of Allende – a mass killing that only in recent years has become known as the Allende Massacre. Witnesses working with federal prosecutors in Texas testified that many of the victims had nothing to do with narco trafficking. They merely had the misfortune of knowing someone who had greatly angered one of Mexico’s most feared drug cartels with a growing reputation for shocking acts of violence.

But for those who survived the purge and family members left behind, facts have been hard to come by. That's because even five years after the slaughter, Mexican authorities have yet to fully investigate what happened, according to a report released this weekend by a panel of human rights investigators in Mexico, a report authored by the widely respected activist Sergio Aguayo. That report, sponsored by a government-backed victims' rights commission and undertaken by scholars at the prestigious Colegio de Mexico, says that even now Mexican authorities show “less interest in the truth and more in closing the matter." There's been little effort to establish facts, hold people accountable, and deliver any semblance of justice for what the report calls a complete top-down government failure that allowed for both the massacre and its years-long cover up.

Information coming out of the federal courts in Texas, however, puts that number much, much higher.

Take, for instance, the trial of Marciano Millan Vasquez, a former top Zetas enforcer in Coahuila convicted in a San Antonio federal court this past summer of, among other things, butchering a six-year-old girl in front of her parents (the feds arrested "Chano," as he was known, last year at a West Side San Antonio home). Former traffickers turned federal witnesses testified in court that more than 300 people were rounded up and disappeared in and around Allende in the spring of 2011. Federal law enforcement officials testified that former smugglers who showed up on the Texas side of the border, claiming they'd witnessed barbaric acts of violence while held captive by the Zetas, even helped the feds identify the killing fields – locations Mexican authorities couldn't or wouldn't investigate because of the cartel's grip on the region.

The trial of Millan Vasquez appears to have been part of a larger case federal prosecutors in Texas have been building for years that, in many ways, ties the wave of killings, abductions and disappearances that paralyzed Coahuila to an alleged corruption and money laundering scheme that reached the top levels of state government in Mexico. Last year, federal prosecutors here filed to seize a San Antonio house linked to former Coahuila state governor Humberto Moreira that they claim was bought with bribe money. According to dogged reporting by Jason Buch and Guillermo Contreras with the San Antonio Express-News, the feds have been investigating whether Moreira and his former aide laundered millions more in kickbacks into the San Antonio area. During Millan Vasquez's trial earlier this year, the feds put on the stand a former cartel member who testified that he personally delivered bribes to Moreira’s personal aide while he was governor. (Moreira, who says his own son was killed by the Zetas, has vehemently denied those allegations.)

The report released this weekend points to a long tail of corruption that's led to an information vacuum surrounding the events in Allende. The report includes details of how the Zetas paid off Allende's entire police force (for the measly price of just $3,600 a month), how the first person to file a complaint about missing family members was arrested and then disappeared, and how the mayor of Allende at the time claimed he wasn't even aware of the violence until after the killing was over. Pulitzer Prize-winning reporter Ginger Thompson, who's covered the disappearances for ProPublica, writes that that particular claim "defies credulity for anyone who's ever been to Allende – one of the houses that was destroyed during the attack sits across the street from the mayor's."

The report by human rights workers argues that given the lingering information blackout surrounding Allende, American officials have a responsibility to share what they've learned with researchers, victims and their families – something that they say hasn't yet been done. The authors call Allende an example of “bi-national criminal violence.” (We've reached out to federal prosecutors handling these cases for their reaction but haven't yet heard a response.)

As the report puts it, "The opacity of the United States obstructs the truth."