Republic of Texas "Official" Is Back in Jail 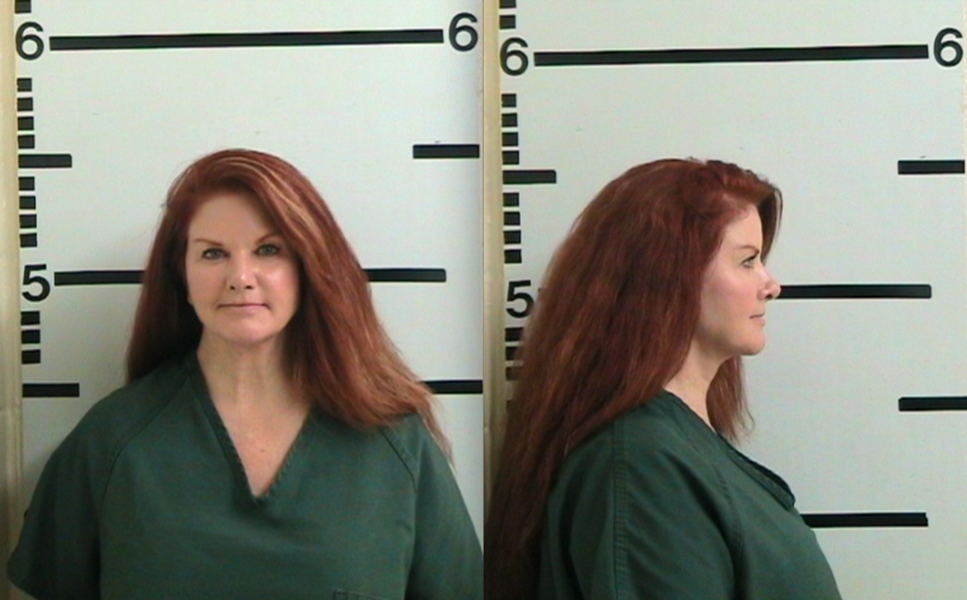 With a title company about to foreclose on her Kerr County home, Susan Cammack lodged a complaint with authorities.

For Cammack, a member of the Republic of Texas, that meant taking her case to a suburban Houston chiropractor who also happened to serve as chief justice for the Republic’s so-called "international common law court." Then things took a strange turn: the Republic's "court" sent a batch of letters to the actual judge overseeing Cammack's foreclosure case in Kerr County. To the Republic, they were summonses for the judge to appear in court with "proof of his authority for executing his claimed powers involving a foreign entity for the revenue collection of a private woman’s private funds without permission or lawful authority.” A lawyer working for the title company in Cammack's case also got a summons to appear before the self-declared sovereign nation at its next meeting (at, it turns out, a VFW hall in Bryan, Texas).

Instead, local, state and federal law enforcement officials raided the Republic's gathering on Valentine's Day 2015, fingerprinted a bunch of members, and seized the group's documents and computers. Cammack, who represents Bexar County in the Republic's mostly-vacant "House of Representatives," and David Kroupa, the Republic's chief justice who sent the summonses on her behalf, were charged with misdemeanor counts of "simulating legal process" for sending the bogus court orders. Kroupa pleaded guilty, avoided jail time, and agreed to testify against Cammack.

Cammack has proved a bit more obstinate to Kerr County officials, who insist they're trying to stamp out illegal activity by Republic members who argue that they aren't subject to local laws because Texas never really joined the union (in its proclamation, the Republic says it's not a secessionist group because, “We never ‘ceded’ the land of Texas" in the first place.) Last year, the jury that convicted Cammack gave her only a fine and probation, none of which she plans on following. As the Express-News first reported this week, Cammack was arrested for violating her probation for the second time earlier this month. She remains in the Kerr County jail without bond.

Kerr County Sheriff Rusty Hierholzer, whose office led the raid on the Republic of Texas meeting last year, said Cammack was characteristically defiant when his deputies arrested her on October 7. Deputies had to forcibly fingerprint and photograph her during the jail booking process. "She was totally resistant, saying we have no authority over her because she's not a U.S. citizen," Hierholzer told the Current. In recent years, Cammack's also been cited for failing to maintain automobile insurance and register her car with the county, according to court records.

Hierholzer calls the Republic of Texas part of a larger (and, he argues, growing) movement of so-called "sovereign citizens" who think they can decide for themselves which laws to obey – people who, not surprisingly, are known for clashing with cops. He says that, depending on how you look at it, the Republic of Texas is either a club of fringe history buffs or its own little shadow government – one that holds its own join sessions of congress, mints its own gold and silver currency, and whose members carry IDs warning police that they should be considered diplomatic representatives of a sovereign nation.

Hierholzer also points to what he considers to be the group's extremist roots. In 1997, a week-long police standoff with the Republic's former leader ended in gunfire, killing one member. Others associated with the group have, over the years, been charged with forgery and impersonation of an officer, Hierholzer says. In 2011, the Republic's vice president sent a letter to Oklahoma's governor telling her she could face indictment because her state was "trespassing inside the geographical boundaries" of the old republic.

Cammack's next court date hasn't yet been set, so there's no telling how long she'll stay in lockup this time. It's also unclear how much the Republic of Texas crackdown has done to dissuade members from flouting local laws. At her last court appearance in July, according to the Express-News, Cammack claimed she didn't understand the judge's questions and, when asked if she wanted to question a witness, told the court, "Not my circus. Not my monkey." She donned a surgical mask because she’d refused to submit to a tuberculosis test in lockup, which landed her in isolation. The next month, she filed a letter with the court claiming officials had kidnapped, assaulted and imprisoned her "with their extortion racket, and then held a show trial in their so-called court, before their (bought-and-paid-for) clerk masquerading as a judge.”

Even with the lingering case against her, it seems Cammack might not be finished serving the kind of bogus court orders that drew attention from law enforcement in the first place. John Jarnecke, the group's president, told the daily that Cammack was arrested as she tried to serve someone papers at a Kerrville restaurant, which he fears could spark a whole new investigation into the group (Jarnecke didn't respond to requests for comment from the Current on Tuesday).

On the phone Tuesday, Hierholzer seemed irritated with the Republic. "You can't just ignore laws," he said. "You can’t just issue bogus paperwork to judges and attorneys here and make them try to show up to a your bogus court.” He added: "Extremists. That's what they are."