So You Want to Be a Bandido? 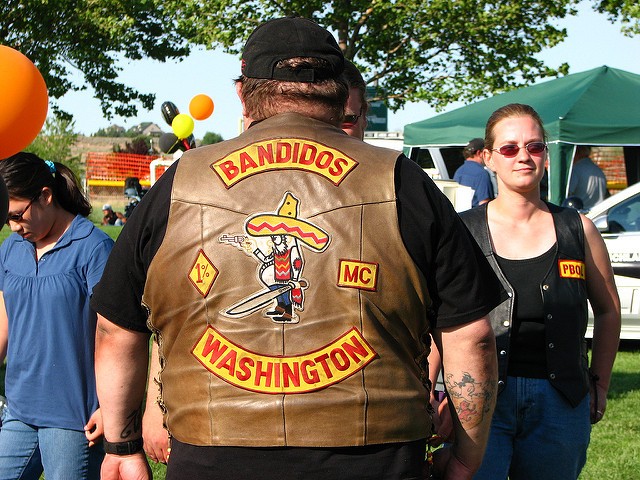 Federal prosecutors in Texas have begun to lift the curtain on the oldest biker gang in the state, dragging the group’s top brass in court on allegations they engaged in everything from drug trafficking to assault, intimidation and murder.

The Bandidos “outlaw” motorcycle organization grabbed national headlines in May 2015 for their role in the deadly Waco shootout between members of their group and a rival gang, the Cossacks.

But that Waco shootout isn't why the gang’s leaders are behind bars. Bandido president Jeffrey Pike, vice-president John Portillo, and sergeant-at-arms Justin Forster face federal charges in San Antonio for conducting and approving a wide range of racketeering charges over the past decade. At this point, only one of the men, Forster, has pled guilty. Court documents show Forster was essentially Portillo's errand boy, beating up members that broke Bandido rules or wanted out of the gang.

Most of the court documents related to the larger federal case against the Bandidos are sealed to prevent other suspects from avoiding arrest—so the details of many of these charges are hazy.

What we do have, however, are the original charging documents filed in court earlier this year when the three bikers were arrested. In outlining the charges against them, the filings also help outline the intricate details on what it takes to join the infamous biker gang—and how to climb the ranks.

We’ve pulled out the most important findings:

- Bandido members must “not fear authority and have a general disdain for the rules of society.”

- It’s imperative that you own a Harley-Davidson.

- The gang raises money to go on trips through “unlawful gambling activities, namely raffles.” Probably not as adorable as it sounds.

- ...and probably hit someone on the head with a beer bottle. Based on court documents, this appears to be a Bandidos weapon of choice.

- One of the Bandidos’ main objectives is to scare you, or keep the “public-at-large in fear.”

- Since “99 percent of the country's motorcyclists are law-abiding individuals,” Bandidos wear a yellow “1%” diamond patch. Get it?!

- Chapter presidents must regularly organize and lead Bandido bike rides—or “runs”—around their turf while wearing Bandidos colors (red and yellow), to make it clear that they’re still relevant. If any local member misses it, they’re fined a mere $1,000.

There you have it. In the alleged words of Bandidos Prez Jeffrey Pike, used when authorizing an August 2015 assault on the Cossacks, “Batter up, motherfucker!”