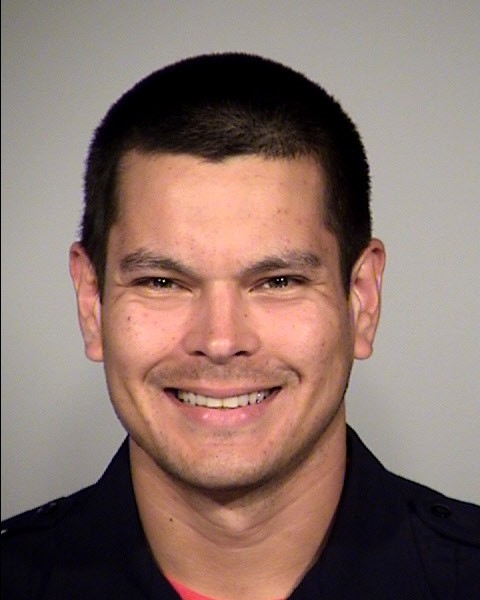 Soon after his return to the San Antonio Police Department's top post last year, Chief William McManus set up a homeless outreach team inside SAPD whose primary job would be to connect the city's downtrodden with things like social services, temporary housing, and drug treatment. The main problem the team encountered during its first six months, however, was that homeless people didn't seem to trust the police, with nearly half refusing any help (it probably didn't help that officers wound up detaining some 17 percent of people they encountered during those homeless outreach stops).

The problem is years of built-up acrimony between the city's homeless population and police force, according to Joan Cheever, who herself has been on the wrong side of the city's sustained attempt to arrest and fine homelessness out of existence in San Antonio. Cheever was the subject of international headlines last year when San Antonio police handed her a $2,000 fine for feeding homeless people out of her Chow Train food truck at Maverick Park (the city later dismissed the citation after Cheever threatened a federal lawsuit, she says). Since then, Cheever says, SAPD has been trying to build bridges between police and members of the local homeless community.

Then came the news on Friday that a San Antonio cop had been fired for trying to feed a homeless person an actual shit sandwich – as in feces smashed between slices of bread. After the Express-News first reported the incident (City Council members were reportedly briefed in a closed-door session Thursday), SAPD officials identified the officer as Matthew Luckhurst, a five-year veteran of the department who'd been assigned to downtown bike patrol for the past year. The incident came to light, according to SAPD officials, because Luckhurst had bragged to a fellow officer "that he had picked up some feces, placed it in a slice of bread, and put it in a Styrofoam container" next to an unknown homeless man. The other officer told Luckhurst to go back and throw it away, which he assumed he did, according to an SAPD statement. Another officer reported Luckhurst's actions to his supervisor, which led to the internal affairs investigation that resulted in his firing.

City officials up and down the ladder quickly expressed outrage. “Firing this officer was the right thing to do," Mayor Ivy Taylor said in a prepared statement. "His actions were a betrayal of every value we have in our community, and he is not representative of our great police force.” In a statement, Chief McManus called Luckhurst's actions "vile and disgusting," but said the fact that his fellow officers came forward with the story "demonstrates that this type of behavior will never be tolerated."

But to Cheever, the episode only fuels the distrust of cops among the homeless population that she and, she thought, the police have been trying for months to fix.

"I don't think this is reflective of department, at least I hope not," Cheever told the Current. "But we were supposed to be building bridges. ... Today that bridge just exploded. There’s just no trust left. Or it’s going to be a while before we rebuild."

It's important to remember the actions by the now-fired officer didn't happen in a vacuum, Cheever says, but rather follow a particularly rocky period between city officials, the local homeless population, and good samaritans like herself who have dedicated their lives to helping the down-and-out. In recent years, the city has undergone a radical change (or, as city leaders like to say, "paradigm shift") in how it deals with the lingering problem of homelessness. It was in 2005 that city leaders effectively excluded many community-based homeless resources from its decade-long homelessness plan, forcing many of them to shutter programs. Instead, the city funneled money toward Haven For Hope, the hulking homeless services campus that just so happens to be a stone's throw from the Bexar County Jail. While advocates like Cheever cheer Haven's programming, they say a lot of homeless people lost support when the city consolidated resources because Haven can't help everyone.

In 2011, the city passed an "aggressive panhandling" ordinance that effectively made most of downtown a don't-beg zone, leveling Class C misdemeanor charges against people who ask for change or food too close to ATMS, banks, parking lots, parking meters, bus stops, crosswalks, or outdoor dining areas. As we reported back in 2014, police started issuing thousands of tickets to homeless people. Just this past year, some within the city have proposed cracking down even harder on the homeless with a re-vamped panhandling ordinance that would carry the threat of jail time – even though leveling hundreds or even thousands of dollars in fines against someone who clearly can't pay them is already just an arrest warrant waiting to happen.

The whole conversation has been incredibly frustrating for people like Cheever, who insist the city needs to readjust its approach toward homeless people if it ever wants to truly solve the problem. "It feels like a couple steps forward, then many, many steps backwards," she told the Current. "Now, it seems we’re at this point where maybe the chief needs to focus on giving some lessons on compassion to members of the San Antonio Police Department. They should be kinder to the people who are on the lowest rung of society."